It was supposed to be a relaxing summer holiday with his 25 pals.

So imagine the horror of one student who was allowed to travel with his younger brother’s passport – despite not looking like him at all.

Elliot Lord, a strength and conditioning student at St. Mary’s Uni in Twickenham, travelled to Mallorca using his sibling Kieron’s passport after accidentally picking it up at home. 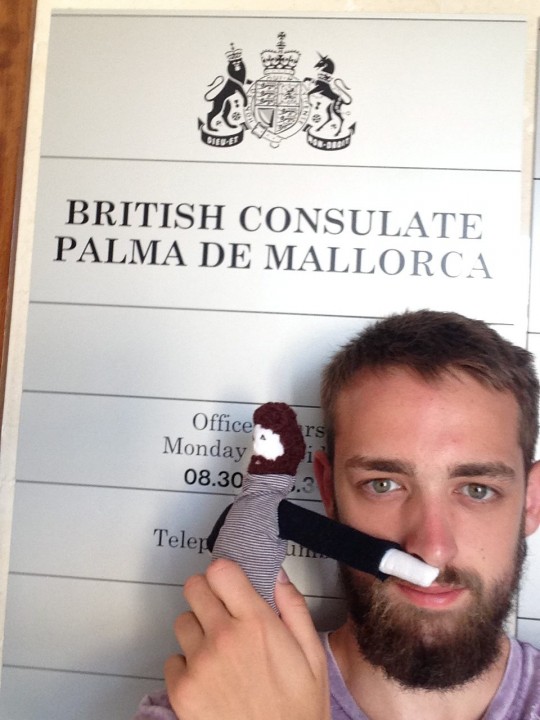 Despite being four years younger, having a different first name and a thick bushy beard, 19-year-old Elliot managed to travel.

He has slammed airport security after blundering EasyJet officials allowed him to fly abroad using a passport – belonging to his older brother Kieron.

Elliot was waved through security at Stansted Airport so he could catch the June 28 flight to Palma, despite Britain being at an elevated risk of terror threats thanks to intel shared by American intelligence services. 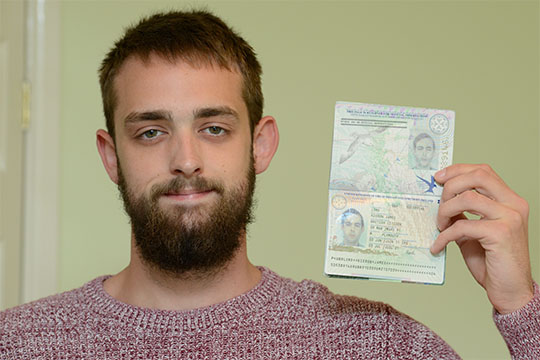 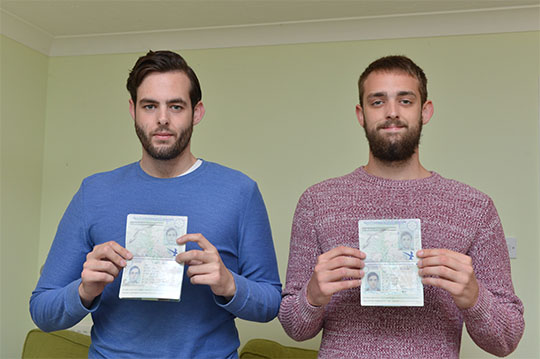 Kieron, 23, and Elliot kept their passports in the same drawer at their parents’ home in Maldon, Essex, and in the rush to grab his belongings before he jetted off with pals, Elliot grabbed his brother’s documents by mistake.

But the blunder was not picked up by airport security, despite his ticket being in his own name and the passport being different.

The St Mary’s student, said: “Airport security is a joke. They don’t let you get into the departure lounge with a bottle of water, and make you take your belt and shoes off.

“But they don’t bother checking your passport properly? I know I made a mistake, but it should have been picked up.

“I could be anyone – me and my brother don’t look that much alike either, but the fact we have different names and first initials means someone should have checked.

“What’s the point in all the additional security measures if they don’t bother reading your name?” 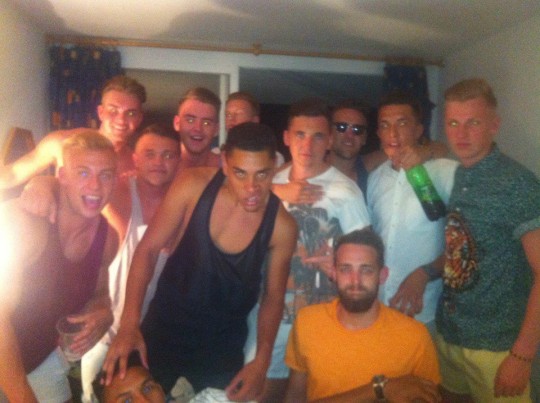 Elliot with his friends – all of whom had their own passports

The mistake was only picked up on the last day of the ten-day trip, when hotel staff pointed out that Elliot had the wrong passport.

Elliot said: “I didn’t realise the mistake until the last day of the holiday when the guy behind the desk at our hotel read out my brother’s name on the passport instead of mine.

“Me and my mates just looked at each other all confused because I’d managed to get through the airport as normal and customs with a different name on the boarding pass.

“Both mine and my brother’s passport were next to each other at home so I must have picked up his instead and not realised but it’s ridiculous because we don’t even look the same – not even slightly like brothers.

“I was really shocked because Stansted is such a big airport and they’ve got all these new security checks with mobiles yet they let someone leave the country on another person’s passport.

“I basically could have been anybody on that plane, since EasyJet didn’t bother to check my passport properly.” 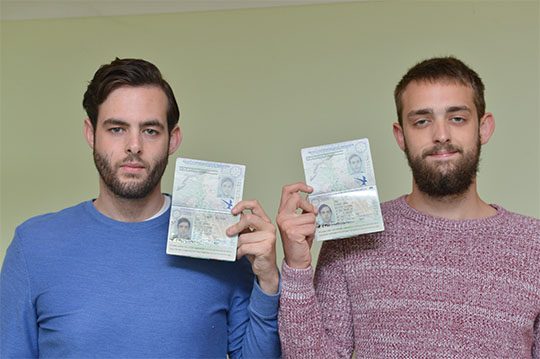 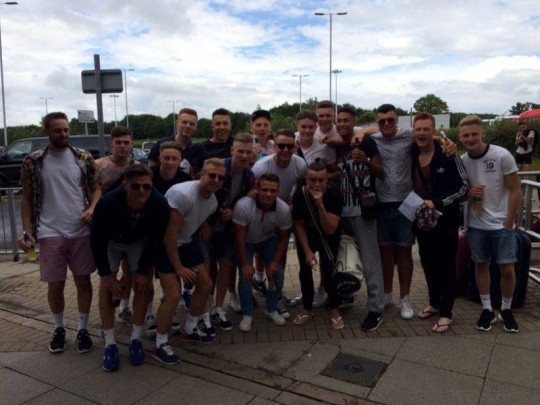 The student was forced by Spanish authorities to spend an extra night on the island and fork out an extra £331 on an emergency passport from the British Consulate in order to fly back home.

Elliot had gone abroad to blow off some steam with 25 pals.

He said: “It was a lot of effort and at first I was quite tempted to just fly back on the wrong passport – my mates were all saying ‘go out the way you came in’ – but the risk wasn’t worth the reward.

“I had to get my brother to speak to the British Consulate to confirm that I hadn’t stolen his passport and my mum had to scan my one through so I could get home.

“We were all worried at the time because I was alone and scared they wouldn’t let me leave but me and my brother see the funny side now.

“He was just like ‘how on earth did you manage it?’

“I think the problem was that there was such a big group of us going through security, they must have just given up at that point and saw the last name was the same and didn’t realise.

“It was an absolutely brilliant holiday still and this didn’t ruin it. I’ll be more careful in the future though and check my passport before I get to the airport.” 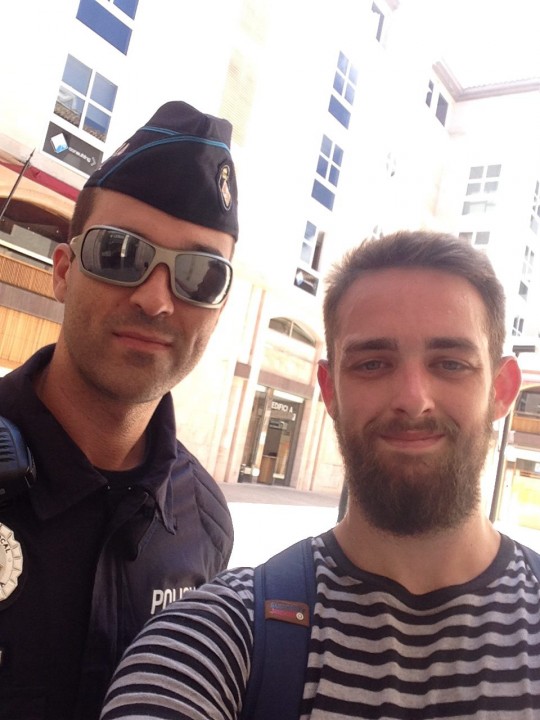 Bungling EasyJet say they are investigating how someone managed to bypass their security measures – which were meant to be stepped-up in relation to terror threats ahead of July 4.

A spokesperson said: “EasyJet works closely with all of our airports and partners to ensure the safety and security of all passengers and staff.

“We can confirm that the correct passport details had been submitted online in order to gain access to the boarding pass, the correct flight and undergo full security screening ahead of the flight’s departure.

“However as an additional measure a visual identification should have occurred prior to travel.

“We are investigating how the passenger was able to travel from London Stansted with the incorrect documentation.”

Stansted Airport confirmed it is the airline’s responsibility to check passenger lists and passports.