A Magaluf bouncer attacked hapless Jeremy Kyle with pepper spray while he was filming on the strip – because he was “making it look shit.”

The trashy TV host was left with streaming eyes after he sprayed him with the toxic mist whilst filming on a bar crawl for a special Magaluf show.

Now, hard man bouncer Leon, 40 from Romania, has warned he will do it again. 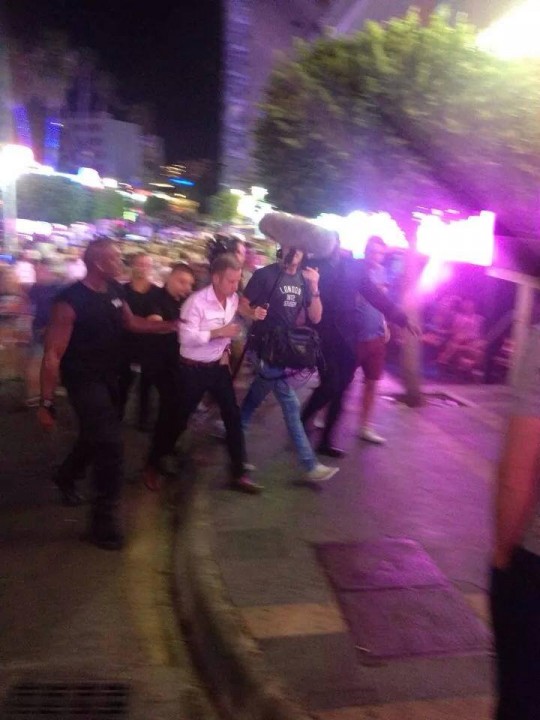 It is unclear if Graham was able to help…

He was incensed by the prize knobhead’s attempt to portray the holiday destination in a bad light when he saw him filming on a bar crawl outside Bonkers Bar on Saturday night.

He said: “He was walking down the strip with camera making it look shit. He wasn’t showing the good side of Magaluf.

“I don’t like that sort of publicity – it’s not good. It’s been happening for a while now and it’s definitely not the way to promote a place”.

When asked if Kyle was a crybaby, he said: “Yes. He ran away behind the corner.

“I don’t like the way he portrays the place. We’re like family here – we clean everything and keep it that way. It’s actually a nice place to live which is why you find lots of families here with their kids being raised here.

“His show is only commercial rubbish, it’s not reality. I really don’t care about him or what anyone does to him”. 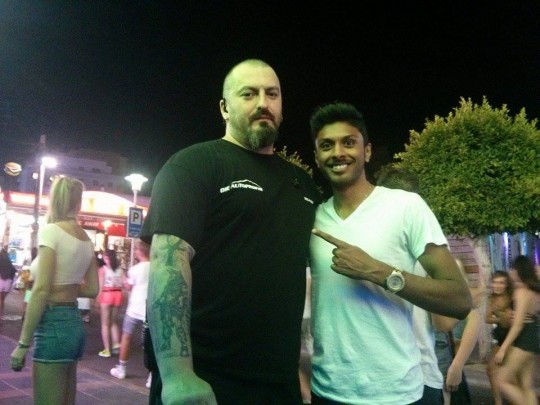 An onlooker saw Kyle being mobbed afterwards. He said: “JK was on the island filming God knows what.

“Suddenly outside of the the window of my DJ booth I see a mass crowd and chanting going up the street.

“I look outside, and there’s a camera with a light facing someone and I realise it’s JK. He’s being mobbed as you can see with the photo I sent before, then suddenly everyone disperses and I see people running away towards me and in all directions crying and coughing and saying it was tear gas.

“Then when I clarified with Leon, he said it was pepper spray.”

Gogglebox star Scarlett Moffatt said the bouncer refused to let Kyle into the club. She wrote in the Daily Star “he was as unwelcome as a fart in a lift”.

The video has caused widespread outrage, with many arguing the girl is being slutshamed. The organising of the Carnage bar crawl, Paul Smith, said he was disgusted at the actions of the girl and refused to apologise for what happened.

Several national publications have ventured to the resort on the Spanish island on Majorca to show what’s really going on, and hopefully catch a glimpse of something equally shameful.

Got a similar story? Tell us! Email [email protected]