A student from a state school once dubbed the “worst in Britain” has won an award for excellence after graduating from Cambridge University.

Brainy Michael Ha, 21, was among the first students from Mossbourne Academy in inner-city Hackney to take A-levels and go on to higher education.

Despite his humble upbringing as the son of a Chinese immigrant labourer and a seamstress, Michael won a place to read medicine at Cambridge.

And after graduating this year he was presented with a Larmor Award, given to students who excel academically and contribute to university life. 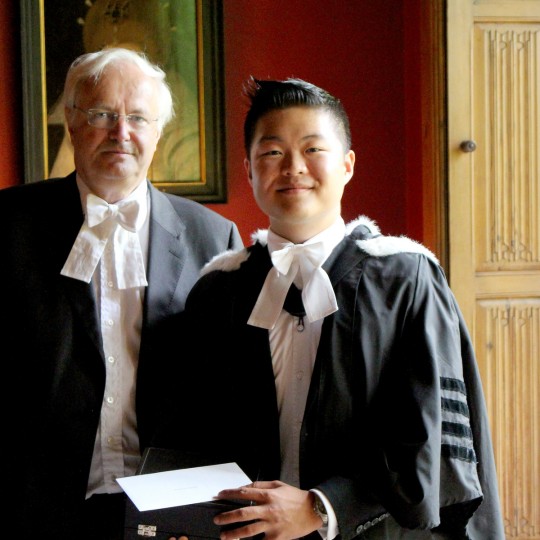 Yesterday Michael urged other state school pupils “not to be scared” of applying to study at the UK’s best universities.

He said: “It’s certainly been a daunting journey from Hackney to Cambridge, but I would say this place is open to anyone who is prepared to work hard enough.

“I was in the first intake at Mossbourne, and the teachers really encouraged and supported us to be the best we could be. They were incredible.

“Before I studied here I believed everything in the media about how there was a massive stigma against people from state school backgrounds, and I was nervous.

“But I haven’t experienced any of that. Obviously my accent was different, which marked me out straight away, but no one has treated me any differently.

“It’s not a closed door. There are scholarships, grants, and lots of other ways to find the finances.

“So I would say don’t believe what you hear and read – Oxbridge is an option for everyone.” 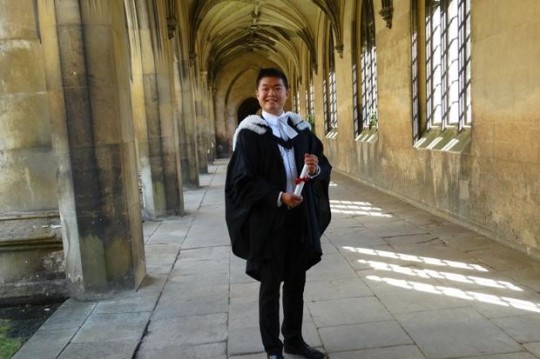 Michael went to Mossbourne Academy, which replaced Hackney Downs School – described by a Conservative government of the 1990s as “the worst school in Britain”.

Hackney Downs was closed in 1995 and re-opened in 2004 as Mossbourne Academy, which has since been praised by both Tony Blair and David Cameron for helping pupils from the poorest backgrounds to succeed.

The man behind the transformation was inspirational head Sir Michael Wilshaw, who has since been made chief inspector of schools at Ofsted.

At Cambridge Michael became an exceptionally high-achieving student, committed to encouraging other young people of all backgrounds to apply.

He regularly took part in University-wide access events, acting as a “CAMbassador” for Cambridge’s Admissions Office.

Michael also became the Oxbridge Ambassador to the Hackney Access Initiative, as well as helping to create and run a “Medical School Masterclass” to inform and inspire future medical students.

In his third year, Michael took the risk of switching subject, changing from the sciences to study history of art.

After graduating with a high 2:1, Michael plans to return to the world of medicine and complete his clinical studies at Addenbrookes Hospital in Cambridge, regarded as one of the best teaching hospitals in the country.