A nightclub photographer who attacked and sexually assaulted a university student was caught after a CCTV operator recognised him – on Facebook.

Bikramjit Baden, 39, followed his victim home before subjecting her to the sickening assault on her own doorstep on March 5.

A court heard the woman had been to a nightclub in Leamington Spa, Warks., with a group of fellow university students.

She left pals at about 1.30am to make her way home from the town centre along a route which was partly covered by CCTV cameras.

The young victim noticed Baden at a junction eating takeaway food – and, as she passed he said: “Hi pretty lady”.

Prosecutor Anthony Potter said: “She ignored him and continued on her way but the defendant began to follow her, making further vile comments.

“When Baden continue to follow her onto the drive of her home, she told him: ‘You don’t live here. I think you should leave’.”

The court heard as she put her key in the lock to open her front door, Baden came up behind her and punched her to the head before continuing to rain violent blows on her.

He then grabbed her by her hair and tried to pull her to the ground.

Her twisted attacker grabbed her around the waist with one hand and put his other hand up her skirt and sexually assaulted her on her own driveway.

At that point, having heard her shouts, her housemate opened the door and Baden ran away.

Police were called and a police dog followed the snapper’s scent from the scene until losing it in a park near his home in Leamington Spa.

But a CCTV operator recognised Baden from his Facebook page.

He then turned detective and searched the website of the Loose Box bar where he retrieved a photograph of Baden, who a CCTV camera showed leaving at 1.46am. 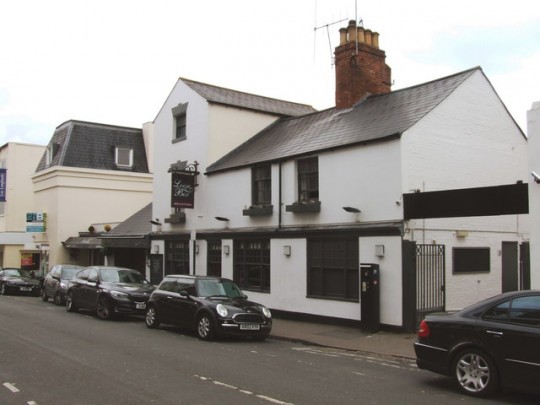 Baden, a well-known bar and club photographer in the town – suggested there was someone else in the area responsible for the despicable attack.

He lied and claimed he had been walking home when he heard a man’s voice and a woman’s voice.

Not only did Baden deny responsibility, he audaciously claimed he himself had been the subject of an assault as he made his own way home.

Baden pleaded not guilty to sexually assaulting the student and went on trial at Warwick Crown Court this week.

But a jury took just one hour to find the snapper guilty by a unanimous verdict.

Remanding Baden in custody for sentencing at a later date, Recorder Andrew Easteal told him: “A significant custodial sentence is inevitable.

“But I need to consider the question of whether you present a significant risk of serious harm to the public in the future.”

The news emerges as Warwickshire Police appeal for witnesses to another separate sexual assault in Leamington Spa.

“Police are appealing for witnesses after a woman was sexually assaulted in a nightclub in Leamington on Sunday 29 June,” said a spokesperson.

“The incident happened at approximately 2.45am in Altoria Bar on Warwick Street.

“The victim, in her twenties, was on the dance floor when she was sexually assaulted by a man.

“PSI Bill Lord said: “We are looking to trace two men described as white, both in their fifties and approximately five foot seven inches tall. They both have short hair – one blonde and one with darker hair. The dark haired man was of a heavier build than the other.

“This is a very serious assault which happened in a public place. We want to hear from anyone who was in Altoria Bar in the early hours of Sunday morning and saw two men of this description.

“We are taking this assault very seriously and urge any women who experience similar incidents to please alert police.”

“Anyone with information is asked to call Warwickshire Police on 101, quoting the incident number 68 of Sunday 29 June.