Which inevitably middle class holiday are you doing?

It’s too late to sign up for the Mongol Rally

Summer has arrived. A few weeks ago in the library, you were daydreaming about this moment, and in your head you probably imagined (a much better-looking) you, shades on, doing a slo-mo fist pump to some Bondax on some Balkan boat party during sunset.

As it is, your closest friend is a 20 minute train/car journey away, hangovers somehow now last three days, and your tanning levels are at such an all-time low that if you take your top off on a sunny day, people can see your heart beating.

But you shouldn’t complain. Taking into account summer jobs, internships, and the obligatory weeks of just being a wasteman, most Russell Group middle-class students will still have at least a month to play with. You can go travel, find the extra bits of yourself that you haven’t found yet, or just appropriate some American-Indian culture and get onto Bestival’s official higlights video.

If you’ve got nothing planned yet, don’t worry – there’s still time to sort yourself out. Here are some options:

The first rule everyone knows is to avoid London when the temperature goes above 17 celsius, at least certainly Zones 1 & 2. It’s full of Mediterranean teenagers in ‘Adihash’ tees by day and depressed nine-to-five employees on underwhelming Tinder dates by night.

So how do you hang out in cities without being aggravated by mindless tourists? Become a tourist yourself by going to Europe!

No-one really knows enough about any of Prague, Vienna or Budapest individually to warrant a trip there alone (and don’t pretend you do), so traditional practice is to spend four days in the McDonalds, overpriced cafes and nightclubs of each of them in a row. And you are officially a worldly inter-railer. 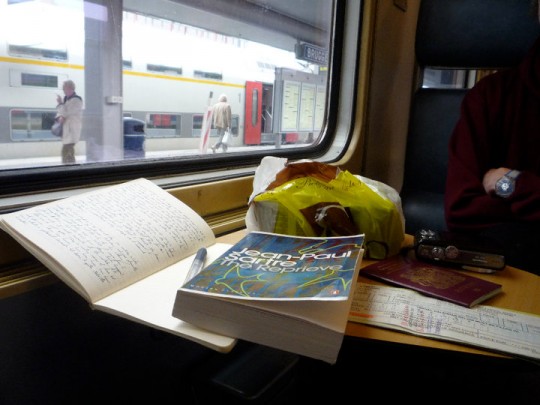 Throw in fulfilling some Amsterdam cliches and getting turned away from the Berghain in Berlin (it turns out speaking English in a thick German accent isn’t enough to get you entry – my England shirt with ‘Terry 6’ on the back may have given me away) – and you’re all set.

Walk around the local museums and art galleries in each city hungover and it’s very easy to tell yourself you’re being cultural and learning stuff along the way too. Remember all holiday options are essentially just about getting pissed with friends, like during term time, but justified by the two factors of (a) doing it in a different location, and (b) making some tokenistic attempt to pretend you are doing some kind of Cultural Improvement in the day, even if it’s just looking at the outisde of a museum, subscribing to National Portrait Galley’s weekly email or watching Louis Theroux documentaries.

Outlook, Dimensions or Unknown (etc) all last only a long weekend each, but the cost could set you back the equivalent of an entire summer. If you factor how much you get fleeced for flights, airport transfer, food, booze and drug money (trust me, the inflation of Poppers is getting ridiculous), you can easily see that £600 you earned from late shifts at the Slug’n’Lettuce vanish in one go. 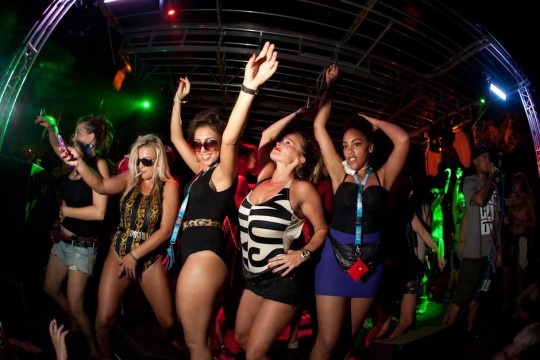 This is not your group of friends

Which is why it’s probably a good idea to make some kind of extended trip in the lead up to the festival by travelling through the nearby countries, before eventually joining all the Croydon Carhartt crewdem in Pula for Congo Natty.

But after this trip, you’re unlikely to have the money or the serotonin to do much more travelling. A month of Dominoes and Netflix looks much more appealing.

Ok so you want to travel around Europe, but you’re not a university sports player (see “Interrailing”), nor are you a massive fan of spending £600 on seeing artists you can see at your local warehouse. You drink at Sam Smith’s, not Spoons, and wear normcore rather than Topman. But where can you go?

France is ruined by those haunting Brittany caravan family holidays you still have flashbacks to. Italy is a no-go as you’re young and cool – you have no interest in bumping into the Guardian magazine’s newsdesk in a Tuscan restaurant.

Scandinavia’s too expensive, Spain is full of boozed up Brits hoping to get on ITV4, while cities in the Eastern Bloc are full of Stag Dos. 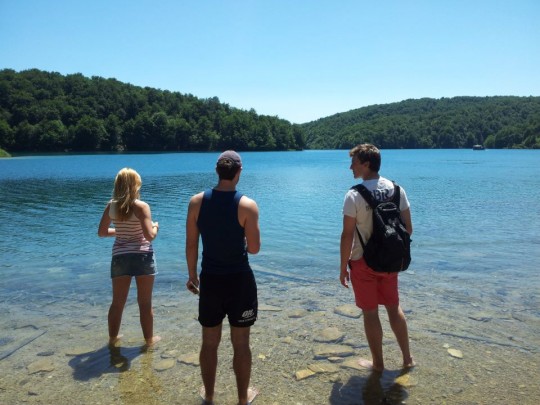 What’s left? Essentially the Balkan countryside, of Slovenia, Croatia, Serbia, Montenegro. The hors d’oeuvre to Balkan Raving but without the festival at the end of it (which may not be a bad thing – any major city can give you underground music without the topless militia of pill-heads).

Rent some motorbikes, train through Dubrovnik and Split, drive along the beautiful coasts and forests. It fairly safe (as in secure – but also fairly safe too) – there hasn’t been a shot fired in anger in Bosnia & Herzegovenia in like what, twenty years?

Ok so fuck abroad. Why would you want to travel afar when you have leave this green and pleasant land right outside your back door? You’ve got Cornwall, East Anglia, the South Coast and the Cotswolds all more or less within a shitty £45.95 National Rail service’s ride. 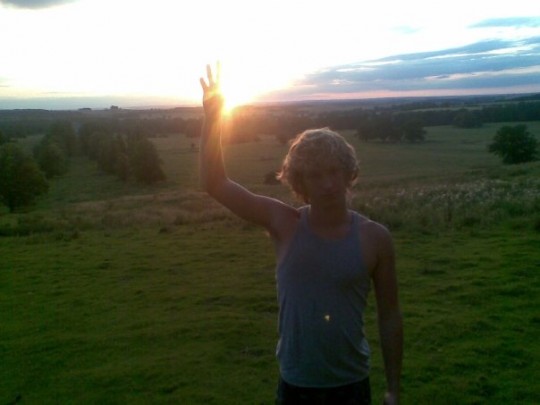 But seriously, one of your chino-wearing friends (or even just someone you met) at university should hopefully live in the countryside, and going to stay there for a couple of days definitely counts as a holiday. It’s like seeing your friends in your student bar or pub, except you don’t have groups of people you’re not friends with encircling you in mutual resentment. And it’s acceptable to drink earlier in the daytime at friends’ houses, which is crucial.

Just think of the group activities! An organized sports day. Walking through fields (a “walk”). Charades. In fact, any boring leisure activity is made fun by calling it a “Group Activity” and enforcing like the Fun Fascist that you are.

For many people, the sole purpose of a holiday is to show their news feed that they travel, that they are not just students of a university, but also Students of Culture. Technically this type of holiday can be anywhere – indeed I don’t know what I’d do without the daily photos of Gideon and Mimsy on my timeline just sitting in their own cloudy garden with a Pimm’s and the caption “Idyllic #summer”. 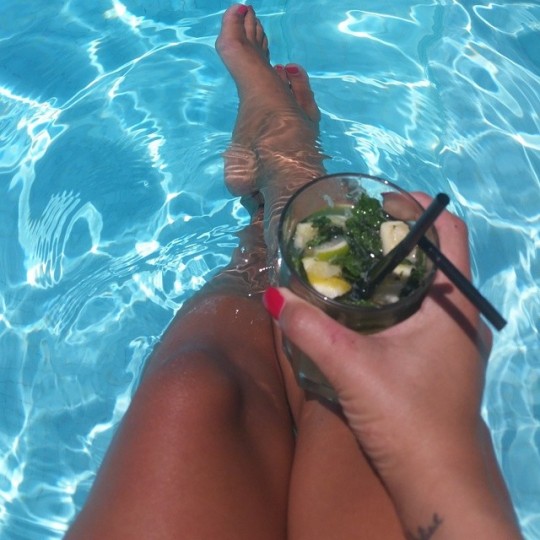 But typically cities in North Africa, and the parts of the Middle East your parents will let you go to (Tel Aviv, Jerusalem) are best for this. There are actually lots of good reasons to go to these places unrelated to Instagram (believe it or not) – but that won’t stop these people sticking two fingers up to “#NoFilter” and giving their online friends a blow-by-blow, Sepia’d account of what is essentially going to Edgware Road, but at the cost of £400.

Don’t underestimate the ability for these holiday-makers to stretch out the photos’ releases over the course of the following months, and even years. Photos of the Crew in kaftans will continue to appear until you’ve hidden them from your timeline.