Have you been burgled at uni?

From stolen laptops to missing 7up, students share their harrowing stories of university experiences tarnished by brazen burglars.

Being burgled is a horrible experience. I know because last week our house was broken into. While on a night out I received a phone call from my terrified housemate, and returned home to find our rooms smashed open with a fire extinguisher. Our TV, and my housemate’s jewellery had been stolen.

Knowing that a stranger has intruded in your home, gone through your room and stolen things both expensive and sentimental, is terrible.

But what’s worse is finding out that our bad experience is not a one-off. Stats published by The Tab last week show that in the most dangerous university cities, like Manchester and Hull, your chances of being burgled in a year are up to 1.3% – and that’s not taking into account the vast number of crimes which go unreported to police.

This year Birmingham suffered a spate of student related crime. In the most shocking incident, armed robbers threatened to kill seven girls in a horrifying armed robbery.

Student burglary is a huge issue at my university (Queen’s University Belfast)  and many more across the UK. 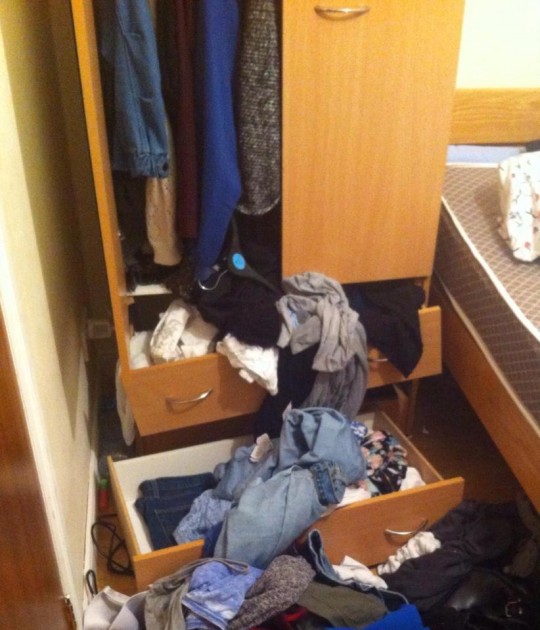 In our case, our landlords brushed off the crime. “This happens all the time”, we were told, and advised against “acting as though we were the only ones affected by this”. The worst part is that they were right. Ask any student at QUB, and they’ll either have been burgled themselves or know someone who’s been a victim of the crime.

In fact, when we spoke to the police following our burglary, they told us that student houses are seen as an “easy target” for burglaries.

It seems that it’s a problem at near epidemic levels in Belfast. Nearly every student I know has either been burgled, been the victim of crime, or if not them personally, they’ve lived with or been friends with someone who has.

And it’s not just a problem in Belfast, but across the country.

In Nottingham, students Bryony Latham and Elliott Johnson both told The Tab about their burglary experiences.

Third year International media and communications student Bryony was burgled in freshers while living in halls. “They stole from four of us on the same corridor – laptops, tons of jewellery, cameras, iPods.

“You don’t expect to be robbed in the safe uni bubble of halls, but they smashed our windows and took everything.”

Elliott Johnson has been burgled twice while living in Nottingham, losing laptops and bizarrely a full 2 litre bottle of 7up. While in his case his landlord and the police were helpful, installing burglar alarms, light timers and bars on their back windows, the experienced thief struck again. 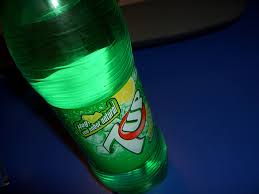 The stolen 7up (reconstruction)

“The first time he got in through using some sort of drill to break the lock. The police said that was rare. It happened again when we went away for Christmas break using the same method to break another window.

“The burglar alarm was set but the chap obviously didn’t care because he knew we wouldn’t be in over the holidays.”

Because Elliott and his housemate had their valuables at home with them over Christmas, this time all the thief got away with was an umbrella, leaving behind a grim present of a rubber glove and bloody tissues in their house.

Despite the police managing to pull DNA from the glove and tissues, the thief is still on the loose and Elliott is not optimistic about getting his stolen goods back. “I don’t think the umbrella or the 7up will ever be returned.

“Although I was very unhappy because I was having a cocktail party the next day and needed that 7up. I had to buy some more. In Nottingham I’d say everyone knows someone who has been burgled.”

It’s not the only strange burglary story – during the frightening attack in Birmingham mentioned earlier, the thieves decided not to steal a girl’s laptop when she protested that it had her dissertation on it.

It seems in student areas where crimes like burglaries are taken for granted, thieves and intruders are able to become braver and take more risks. 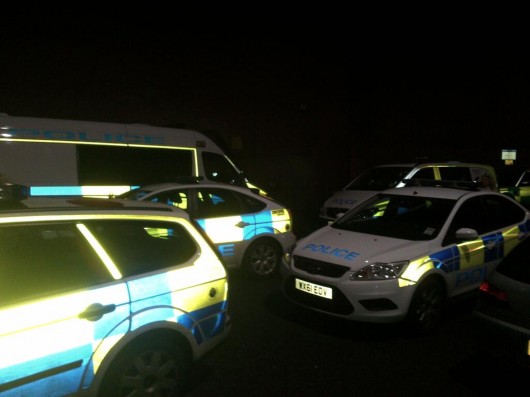 In Loughborough, 2nd year geography student Ollie Parsons returned from the gym to find his window crowbarred open with the security cord cut and all his valuable possessions stolen.

“Uni didn’t fix my window for the rest of term,” he says, but despite this remains positive. “I got insurance which meant I could get a decent laptop replacement. Best robbery ever!”

Mary Laverty, an English student at Queen’s, was burgled over Christmas, while the house was empty, and the brazen criminal even slept in their beds.

“The beds that the burglar had access to looked slept in and they stole nothing except for a poster in my housemate’s bedroom. In fact they left behind expensive stuff like cameras and jewellery. The whole thing was so creepy.”

The (thankfully pretty friendly) police officer that took my statement for our burglary explained in a resigned sort of way that there was virtually no chance of catching our criminal.

The type of criminal who attacks student houses is not the bumbling thief that many would expect. Instead the police explained that these were if not professional then at least “proficient” thieves.

These are gangs of four or five people, savvy enough to use gloves, who see student houses as “easy targets”.

“These gangs have grown up doing it,” the police officer told me sympathetically. “They often work in four or fives and test themselves on student houses.”

And if that’s not sinister enough, there’s an implication that the burglars who rob student houses are often linked to more violent crime. Speaking to us after our burglary, the police told us that these thieves often they have previous convictions for rape or sexual assault.

One student, who prefers to remain anonymous, told The Tab about her harrowing experience where a man broke into her house and tried to force his way into her bedroom last semester. 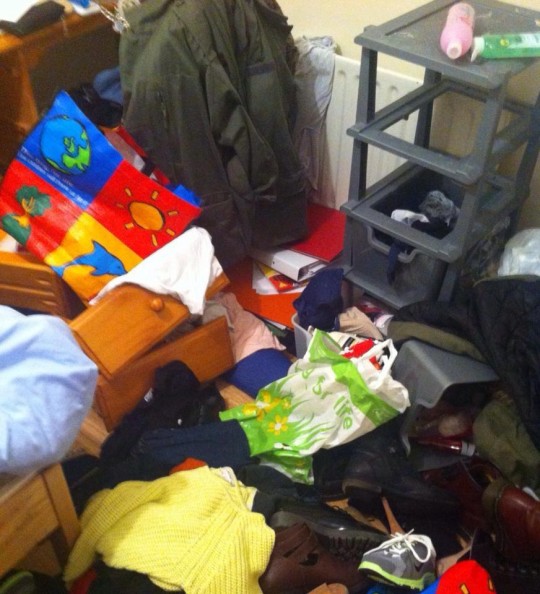 “It was around 3am and I was in my room with the door locked when suddenly there was a smash and there was a guy at my bedroom door trying to get in.

“I was absolutely terrified. I had to climb out my window in fear he’d break the door down. He was saying ‘C’mon, are you not gonna let me in’ through the door. I stayed hidden in the alleyway below my window and shouted I was ringing the police until he left.”

But despite threatening the burglar to scare him off, this student didn’t report the crime to local police. “If I rang the police I knew I’d have to leave my room and I was too scared to do that.

“And I knew there wasn’t anything they could do because he didn’t steal anything. I’d heard stories from other students about the police coming an hour later, just taking a statement and leaving again.

“My parents told me there was no point in calling them. I definitely won’t be comfortable being alone in my flat again.”

Stories like this, where students feel that there’s no point in contacting the police, are unfortunately common. Many either feel that because their goods will never be recovered, it’s an unnecessary hassle, or they feel stupid for leaving themselves vulnerable to burglary, and don’t report the crime out of embarrassment.

After reporting on a spate of burglaries last semester police passed on the standard advice for students – “Never leave keys in the lock, on tabletops or hooks in view of external windows. Never hide spare keys under doormats or flower pots – thieves aren’t stupid – hidden keys make life easy for the burglar.”

“With some students returning to their parental home on regular occasions, you are advised to make sure you take high value items such as laptops etc. with you and that items such as games consoles are stored securely and not left out on display or visible to passers-by.”

But this is little help to students affected already by crime through no fault of their own.

While in our case the police were friendly and helpful, they also passed on the lacklustre advice they’ve given to other students who’ve experienced robbery – to keep a look out on Gumtree for our possessions.

With this in mind, the police statistics for burglary, already shockingly high, don’t take into account the hundreds that go unreported.

Last week The Tab published Police UK stats that show the most dangerous university cities in the UK for crime and named Manchester the burglary capital of Britain.

Speaking at the time Daisy Bernard, a second year History of Art student at Manchester, said: “We’ve been burgled three times in one year in the same house. Two of the times we were all home!

“We literally can’t have a downstairs window open while we’re in the house. I feel like I have to hide all my valuables every time I left the room, even if I’m just going out for ten minutes.

“Being in the house alone is always a bit scary. On two of the times we were burgled, we were asleep and they broke in with a crow bar.”

Looking at the stats and the harrowing stories students have told me across the country it’s clear that more and more students are feeling unsafe in their homes and have their university experiences tarnished by gangs of thieves determined to capitalise on their reputation as “easy targets”.