There’s a new documentary about freshers, and it looks terrible

Watch 12 freshers drink, shag and cry their way through the year

The Secret Life of Students is a new four-part show focusing on the lives of a dozen freshers at Leicester University.

Capturing the media’s tragic obsession with social media, the show’s tag line is: “It’s not just their grades that are being examined; these students’ texts, tweets, pictures, videos and status updates pop up on screen alongside their on-campus shenanigans.”

Terrifying. Channel 4 have done their best to recreate the so-called success of Fresh Meat but in real life. So they chose Leicester.

They monitor every Facebook message, WhatsApp group, Snapchat, text and tweet from the poor 12 youngsters, waiting for them to crack and cry down the phone to Mummy or their best mates over the first three months of uni.

Each of their social media updates are flaunted for our scrutiny as we watch them attempt to settle into student life.

Tonight at 10pm, you’ll meet Josie, Aiden and teetotal Lauren. Here’s some of the patronising bios to tell you who they really are.

Josie, 19, with her 1,000 Facebook friends, “seems to have life sussed”. But the Geography student from London misses her best mates and sends 50,000 messages to them to make up for it. 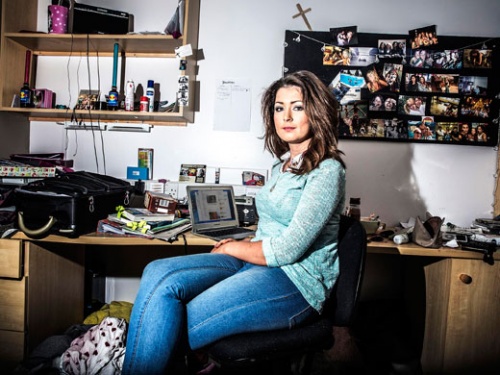 Aiden is 18, will study Business Management, has dreadful hair and “thinks himself a bit of a ladies man”. Apparently, he doesn’t care if people are offended by him, just as long as they know who he is. He’s even been t0 Kavos and Zante so “he knows what university will be like; he cannot wait for Fresher’s Week.” 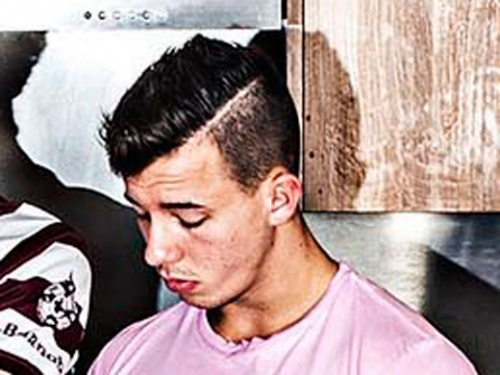 Then there’s history student Lauren. She doesn’t drink, but she does send over 100 tweets per day. Channel 4 invite us to watch her struggle to integrate with other boozed up freshers while she tries to build a conversation around the fact she’s read Anne Frank’s diary 39 times. 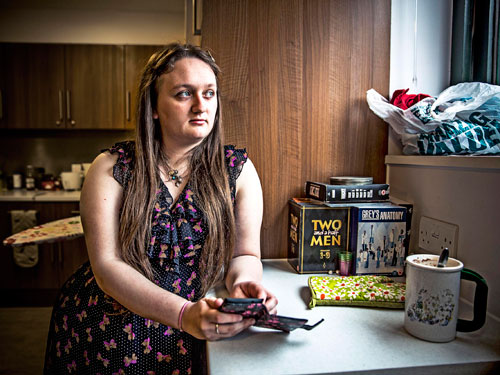 Lauren, 18, is nervous about campus life

Over the course of the series you’ll meet the other nine. Mads, we are told, becomes Josie’s best friend. She spent her years at a boarding school in Oxford, but missed her grades and found a place at Leicester. 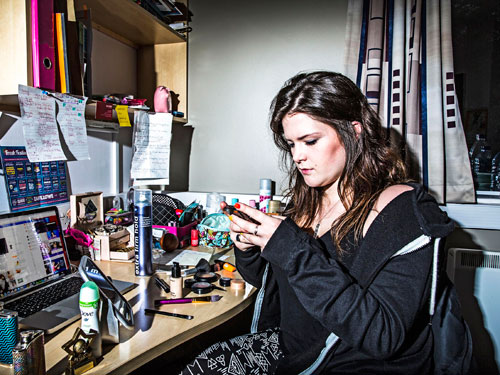 Gemma, 19, spends her days texting her boyfriend back home. She grew up on a farm and worries about ending nights at 4am and losing touch with her boyfriend. 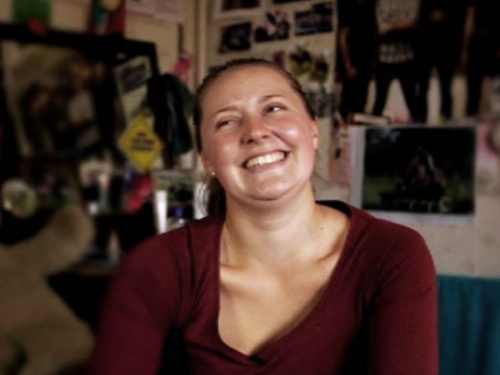 21-year-old Tanya is a single mum and lives at home with her two-year-old daughter. After her fiancé cheated on her, she called off the wedding, turned her life around and applied to Leicester. We’ll watch as she juggles the responsibilities of a mother with studying criminology. 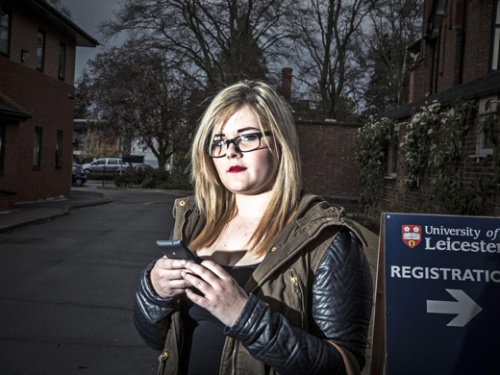 Luke is your stereotypical Irish student. He plays Gaelic football and hurling, obviously. Luke is “a total lad. He’s staying ‘a single pringle ready to mingle’ for uni, and mostly goes out ‘on the lash’ with his mates.” He can’t stand lazy people so how on earth will he get on with other students? 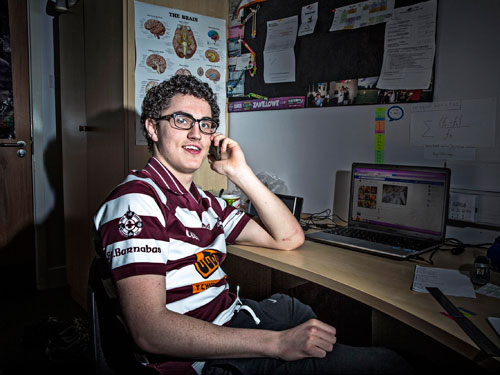 Hellen has been stuck in a bubble her entire life, so she’s worried about heading to uni but her baking skills will surely earn her some new pals. The 19-year-old from Richmond is joining the burlesque society, because she loves dancing and vintage clothes. 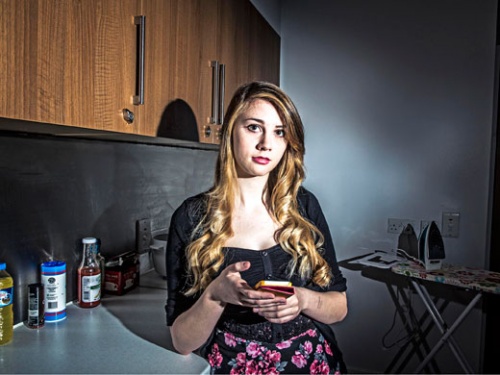 Astrophysics student Jack is ambitious and a bit of a lad. But the 18-year old has never had sex and takes romantic advice from his dad via text. Will this Hampshire boy come good at uni? 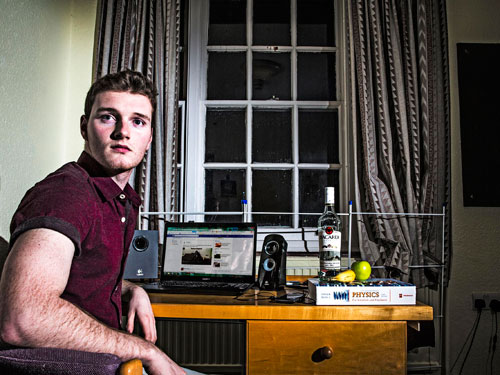 For Ben the pressure is on to move courses. He wasn’t accepted onto medicine but could move if he does well in his first year. The 18-year-old does want to have fun. Can he resist the temptation of VK fuelled debauchery or can he stayed focused? 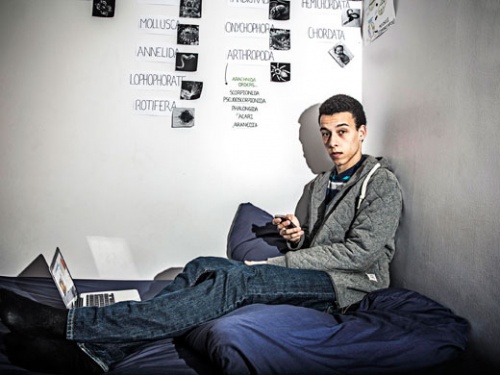 Tottenham girl Brenda is glued to her phone. She sent over 19,000 texts during the filming period. But can the 18-year-old blogger ditch technology and make new friends? 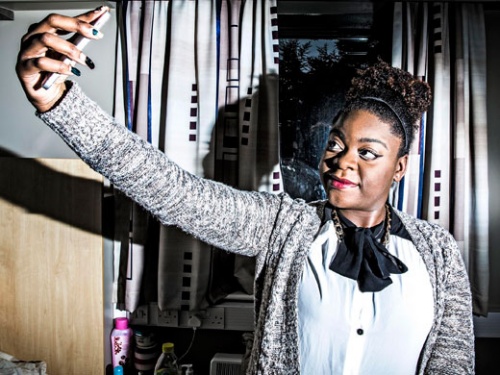 The only time mummy’s boy Hassan has ever left home was for a Duke of Edinburgh expedition. He can’t wait to get away from nagging parents, but will he wake up for lectures in time. 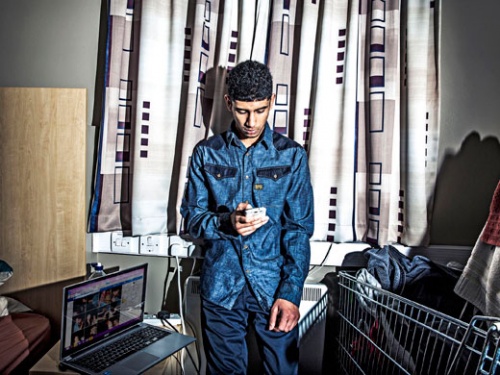 In true television executive style, this is another shoddy concept cooked up by middle aged businessman thinking it will appeal to the masses, throwing in social media, because it’s that thing we all sit on our phones doing all day long.