‘Yes I had sex with the girl who claimed I raped her. But it was consensual’: Ben Sullivan speaks out in first big interview

Former Oxford Union President Ben Sullivan has told of his year from hell after police said he would not face any charges.

In an interview with The Mail On Sunday, the Oxford student says:

• He slept with the girl who accused him after a crewdate
• Rumours of the allegations had circulated his college for a year
• He was awoken at 6.50am by police on the morning of his arrest
• The experience was ‘sobering and painful’
• He worried for the impact on his parents and younger brothers

Sullivan, who has just come to the end of his term as Union President, described his last few months as “utterly draining”. 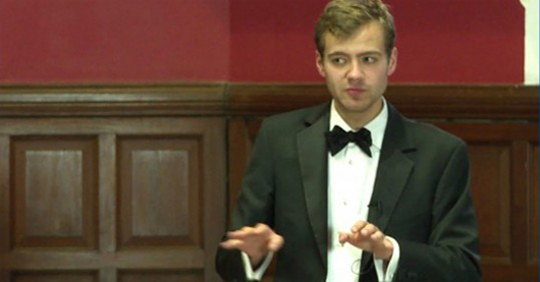 Sullivan has had a testing year as Oxford Union President

He said: “It was surreal, scary and a bit stunning. I recall glimpsing the clock and noting the time – I don’t know why. It was 6.50am.”

He recounts how the police made him dress – but wouldn’t allow him to put on a belt.

“A suicide risk. It seemed like something from a cop show, a television drama. But it was scary. It was happening. It was real.

“I had a total sense of disbelief and that pit-of-the-stomach anxiety when you can’t believe what is going on.

“Lying in that cell was nightmarish. The worst part was giving police my parents’ phone number and asking for them to be called so they could sort out a solicitor.

“I had talked through with my parents what had been going on during the past year. I’d told them of what it was like to have people point and stare, how I could see people in college whispering, “It’s him.”

“The stress they have had to live with is enormous. It has been tough, too, for my 12-year-old brother. He attends my old school, all the teachers there know me. Going to school every day has been tough on him.

“But the amount of support I have received where I was brought up in London has been terrific. On the day my arrest was made public I got an email from a guy I went to school with but wasn’t particularly friendly with. He was so supportive – things like that make a huge difference.

“Seeing my reputation trashed  has been sobering and painful. My whole life has been rifled through and examined. It has been utterly draining.

“It’s been a very difficult and very sobering experience. These poisonous allegations have made me re-evaluate everything. It has been very testing. I wondered how anyone could believe something so vile. I wondered how I was going to withstand all the poison.

“But did I ever have a moment  of self-doubt? Did I ever think, ‘Am I sure I remember exactly what happened?’ No, never. Not once. Yes, I had sex with the girl who claimed I raped her. But it was consensual. That is the truth.” 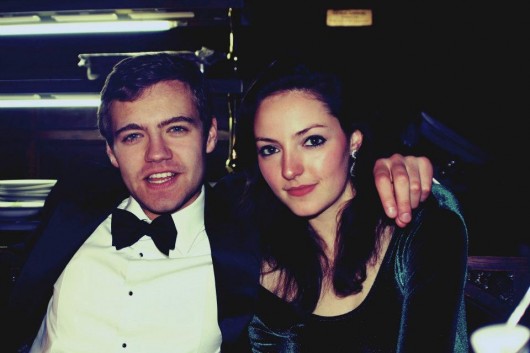 Sullivan completed his term as President of the Union last week

The interview also sees Sullivan set the record straight on his involvement in the Banter Squadron. “That is nothing  but a red herring. It isn’t even a club. It’s just a joke. It isn’t even a real group, never mind an elite drinking society.”

He then gives his account of the events which would lead to him being accused of rape.

“About 20 of us from two colleges went out that night,” he said.

“We went to a restaurant and then about 15 of us piled back to my room. Yes, we were all drinking, but it was just a fun night.”

Sullivan is now calling for anonymity for rape suspects – except for in extenuating circumstances.

He said: “I’m not an extremist. I’m not suggesting your identity should be protected until you have been convicted, or even necessarily after being charged.

“But an individual’s identity should not automatically be revealed the minute they are arrested. There needs to be some happy medium where their identity is protected  initially, until at least the conclusion of an investigation.

“Police investigations may sometimes need people’s identities to  be revealed so that witnesses come forward. But these were utterly poisonous allegations against me.

“They were completely spurious, yet this was enough for an arrest. In cases like mine, everyone should have the right to anonymity as the inquiry is at a preliminary stage. The police and CPS should then be able to go to a judge and ask for the anonymity be waived, if they need it.

“I understand why naming people is useful – naming Jimmy Savile obviously had a huge impact in getting people to come forward. But when inquiries are at such an early stage it is vicious, and it can be at a huge cost.” 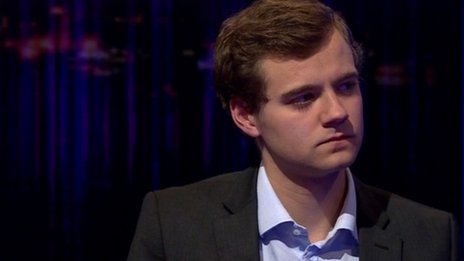 Sullivan has just reached the end of his term as union president, and is looking to the future.

“My priority is to get my life back,” he says. “The biggest thing I will take away from this is the importance of liberty. But this has done terrible damage done to my reputation. That has been incredibly difficult. In the age we live in anyone can find out anything about you so quickly. My age group are very afraid of who has dirt on them.”

He isn’t, however, eyeing up a career in politics like Oxford Union predecessors William Hague and Boris Johnson.

“That was never for me,” he says. “It isn’t the sort of career I would have mapped out. Right now I am looking forward to getting my laptop and mobile back from police…  and to taking some time to deal with everything that has happened.

“Yes, I have to see my accusers on campus. I just walk the other way. And no, I’m not currently dating. Right now I have a term off coming up and will return to Oxford next January. Then I will be concentrating on my finals and the future.”

You can read the full interview here.