Police say no further action will be taken

Oxford Union president Ben Sullivan will not be charged with rape or sexual assault, The Tab understands.

Sullivan was arrested on 7th May on suspicion of one count of rape and and one count of attempted rape and released on police bail.

But in a meeting today, police told the Union president he would not face any charges.

Sources say the Union President, who refused to step down despite a public campaign, visited a police station at 3pm today and was told “police were taking no further action.” 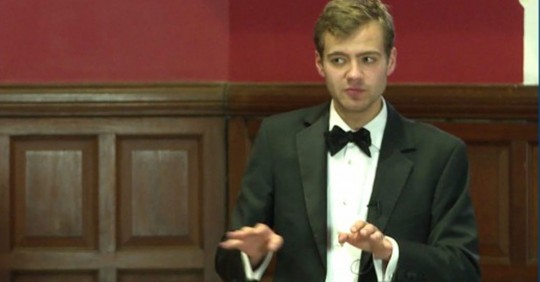 A spokesman for Thames Valley Police said: “No further action was taken against the 21-year-old man from Oxford arrested on suspicion of rape and attempted rape.”

The History and Politics finalist, studying at Christ Church College, previously came under fire for using Union funds in a bid to gag The Tab from reporting his involvement in the “Banter Squadron”, an “ironic” drinking society.