An ex Liverpool Uni student managed to clock up a £4,510 fine – after forgetting to return a library book for 61 years.

When most former students clear out their junk, it’s usually out of desperation to make some precious money. But, when 91-year-old Ron Webster had a clear out, he came dangerously close to shelling out thousands on library fines.

In 1953, Ron took out a book on Primitive Society from the University of Liverpool library. And on Thursday, 61-years later, he returned the book, only to find out he’d racked up over £4,510 in charges.

But instead of being slapped with a fine, Ron has been let off by uni staff under the condition that in future he “return all his books on time”. 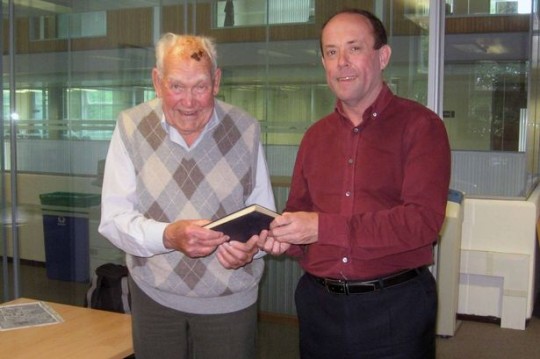 Ron hands over the book on primitive society 61 years late

Ron completed a postgrad degree in social sciences at Liverpool University in 1948 and 1949. And after finishing his studies, he went on to work as a research assistant at Liverpool Uni, when he took out the incriminating book.

Some time during 1953, he was so captivated by a chapter on joking relationships in anthropology in Professor AR Radcliffe-Brown’s Structure and Function in Primitive Society that he felt compelled to take the book to London with him to continue his research and writing. 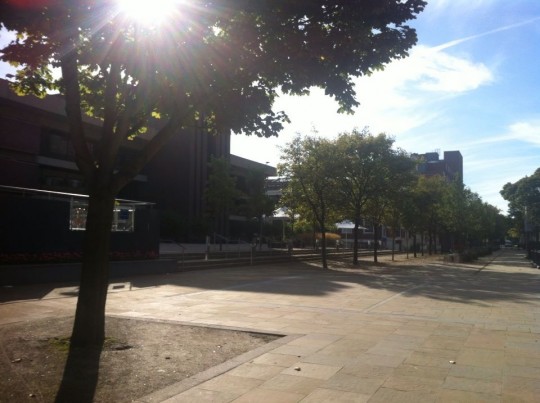 The huge £4,510 fine was calculated at the university’s current overdue rate of 20p a day. Luckily for Ron, and for his bank balance, uni staff decided to declare the hefty fee void.

Phil Sykes, the university librarian, who accepted the book six decades past its due date, agreed to waive the fine so long as in future Mr Webster “live an exemplary life and return all his books on time.”.

Catherine Reid, a third year English student at Liverpool Uni, said: “The library provides such a crucial service to students which is partially funded from fines so I guess by being let off such a large amount he is essentially denying current students the sources they need. But he is an adorable old man.”

Steve, a second year Engineering student said: “I’ve paid about thirty quid in fines over the past two years and but now I know I can get away with not paying. Cheers Ron, you’re an inspiration.” 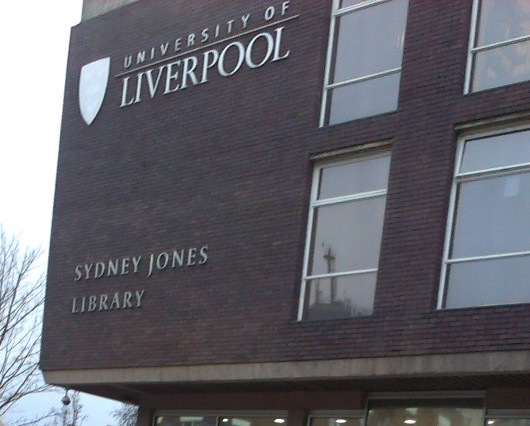 The book was missing from the library for 61 years

Mr Webster currently lives in Derbyshire, and has retired from a career working with Ford. The book remained with him until June 12th, 2014, when he made a trip to Liverpool with his son in law to visit nostalgic spots from his youth.

Ron’s son in law, Rick Walker, had previously urged Ron to return the book. He said: “Ron had been warned very firmly by the friends he plays cards with at the local pub that he would be landed with an enormous fine, and feel the full force of the law.”

Ron handed the relic of a book in in to the Sydney Jones library at the Liverpool University last week where current librarian, Phil Sykes, witnessed the unusual turn of events.

Mr Sykes said: “When I came down they were sat…having a cup of tea and a chat and said: ‘I believe I’ve got a disciplinary issue to deal with.”

The trio discussed their predicament for an hour, coming to the conclusion that Ron faced a massive fine of £4,510 but wouldn’t actually have to pay it.