The NUS could use its power to make the lives of students better. But it won’t.

What does the NUS actually do?

It’s a question so dull hardly anyone bothers to ask it. When we did last month, 35% of the 5,477 students surveyed didn’t have a clue, and only 7% thought the NUS were doing a good job.

So what are they doing with the large amounts of money given to them by student unions each year? Are they doing anything to help make the lives of students better?

To try and get some answers, we spoke to Jennifer Salisbury-Jones, a third-year Bristol student who was elected as NUS delegate after pledging to spend the money given to the NUS on alcohol instead. As you might guess, she’s not the NUS’s biggest fan.

Earlier this year I accidentally got myself elected as a delegate to the National Union of Students’ annual conference, after a joke campaign caught on rather more than I had expected.  This left me with a problem: I would have to go to the NUS conference.

Most normal students have no interaction with the NUS beyond discount cards, but it wants its reach to extend far beyond that. It passes policy on all sorts of topics that most people had no idea were under discussion and it certainly isn’t working for the benefit of students.

You might think the umbrella organisation for your student unions might spend their time trying to work out how to increase contact hours, library space, support for student societies, career services… any number of things.

But no. None of these mundane issues were even mentioned. Not a word was said about improving your day to day course experience. 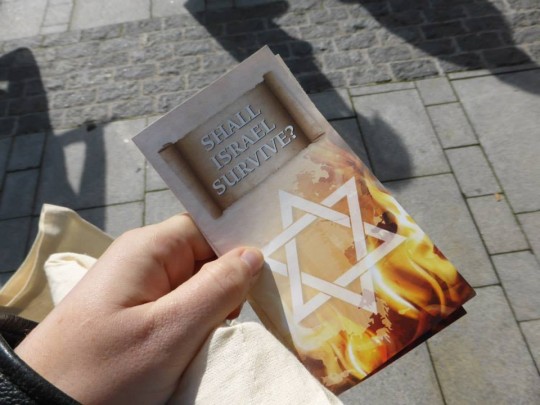 So what was actually done at this three day conference? Students subsidise the existence of the NUS so what exactly did it do to help you?

It voted in favour of supporting the marking boycott.

Yes, you read that correctly. Rather than arguing for what students overwhelmingly want – to get their essays back promptly and graduate on time – the NUS voted in support of action that is designed to cause maximum disruption to our degree.

Oh and while they were there, they voted in favour of supporting all future industrial action by default.

The NUS supports cancelled lectures, rather than the history student with three contact hours a week being used as a pawn in a debate between trade unions and universities. 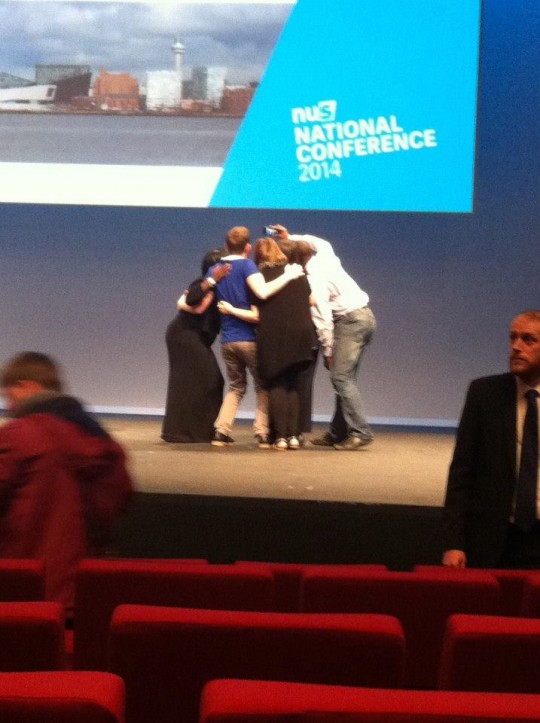 Out of touch with students? At least they know what a selfie is

Conference also spent several hours discussing whether or not to have a massive protest in London (because they always go well) and insisted that the police need their permission to come on campus (let’s see how well that works next time someone gets their bike nicked).

The election speeches can only really be described as comedy gold. Nobody seemed to have any real interest in students but would get up on stage and use their few minutes in the limelight to proclaim their belief in a free Palestine.

Conference was treated to firebrand speeches calling for anything from a general strike to world peace. Buzzword bingo players were getting pretty sloshed by this point: candidates actually said things like “empower unions to deliver change” (I swear I didn’t make that up).

There is a real toss up for which of the NUS’ usual suspects managed to make the most irrelevant speech.

However, Michael Chessum, President of the soon to be defunct University of London Union may have edged victory by putting up a tent on the stage and using his speech to reaffirm his hatred for the National Executive Committee (NEC) declaring “hate is sometimes just a word we say when we love someone so much….this is not that case”.

He spent the rest of his time talking about zombie ducks. Needles to say, it all felt a bit through the looking glass. 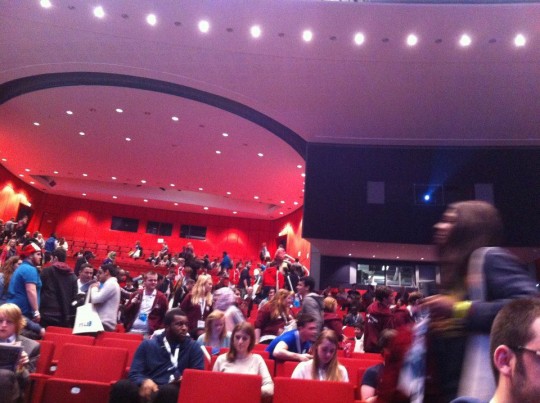 Even this lot were bored, and they WANTED to be there

After that the NUS descended into what it does best: factionalism.

The far left fought the centre left and various bits of the far left bickered with one another. Half a dozen Tories sat quietly in a corner and hoped nobody would notice them.

There was a motion of no confidence in the chair who seemed blind to any raised hands except those of the NEC (NUS big-wigs). In fact, a member of the NEC was joking in a bar the previous evening that the chair gets a text telling them who to let speak next.

The NUS has about as much interest in democracy as Putin. To round off the week, all of the motions about increasing transparency and openness were talked out just before conference closed. How convenient!

Most students think that none of this matters, but you are paying for this farce. It’s time you demanded your money back.