Hook, line and sinker: The very best of our April Fools nibbles

From Sussex to Belfast, Newcastle to Aberystwyth, students across the land have been more than willing to share their opinions about this year’s fake stories

Having reported that Nottingham City Transport had increased the price of bus fares £2, doubling it’s price, students took to the comments section to voice their outrage. 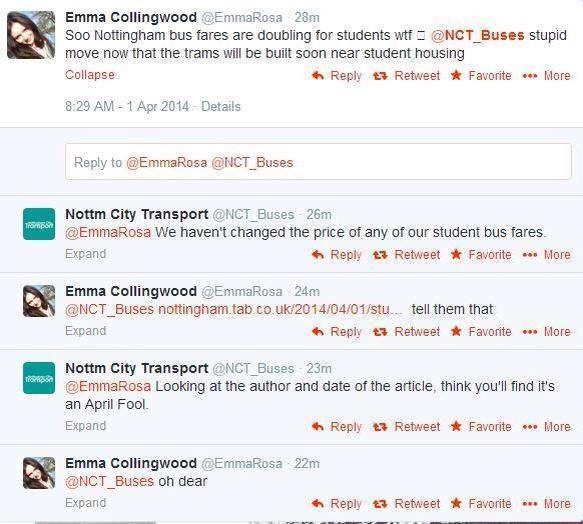 Avril Feul had this student tramboozled. 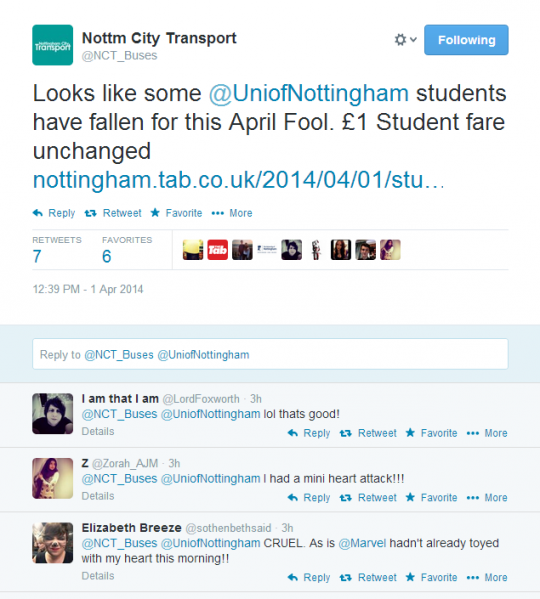 Meanwhile, just a few miles down the road, students at Birmingham were getting ready to say their teary goodbyes to club night ‘Fab n Fresh’ whilst an investigation took place into alleged copulations.

Our most sincere condolances 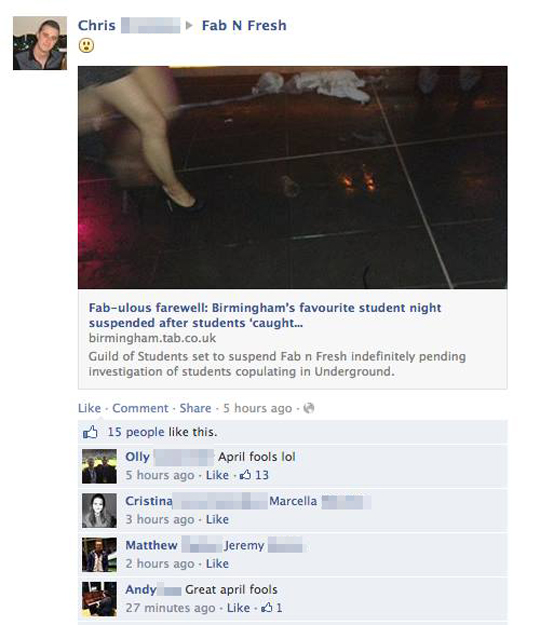 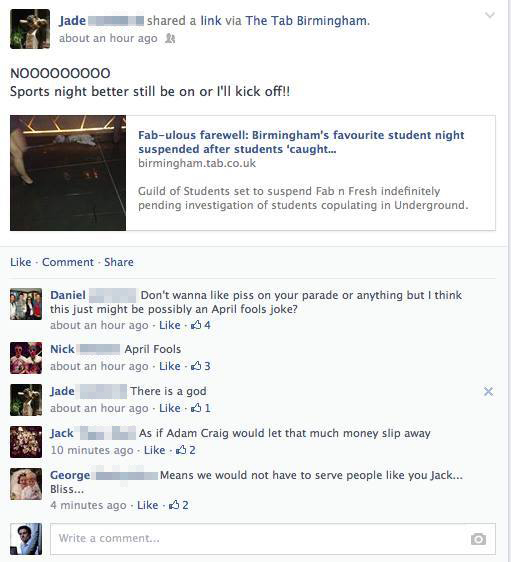 At Oxford Brookes, students were lighting up the twittersphere in reaction to news that the JHB building was to be shut due to structural integrity. Oh no!

A cry of rejoice echoed through Manchester this morning as students learned Fallowfield’s biggest eyesore, the OP tower, was set to be bulldozed. Others were sad to see the love/hate relationship come to an end. 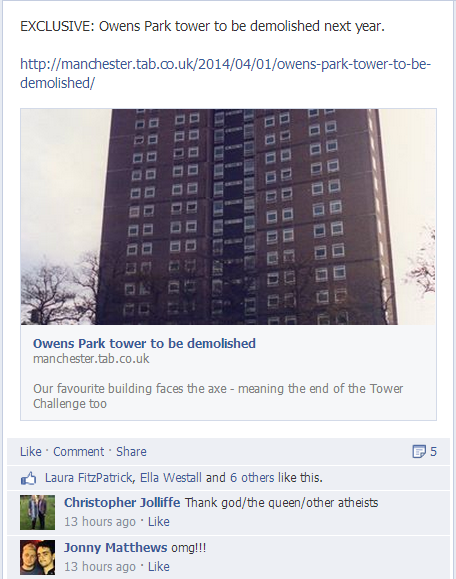 News filtered in of developments in Bristol where it was suggested non-arts students would be denied entry to the ASS Library, with decision to recruit nightclub bouncers described as an ‘underhand technique’.

The Toon’s notorious Fem Soc threatened with close CCTV, Newcastle’s famous SU night, earlier this year – but now they’ve actually managed it (or at least some people think they have). 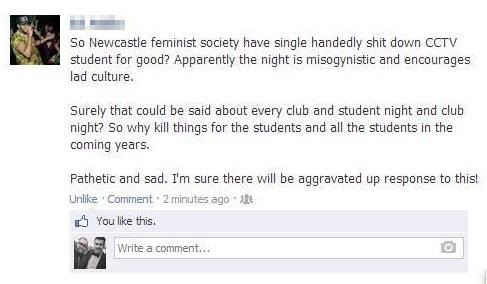 At Exeter students were revelling in the opportunity to share their views about the proposed closure of the ‘ledge’ on the third floor of Timepiece. 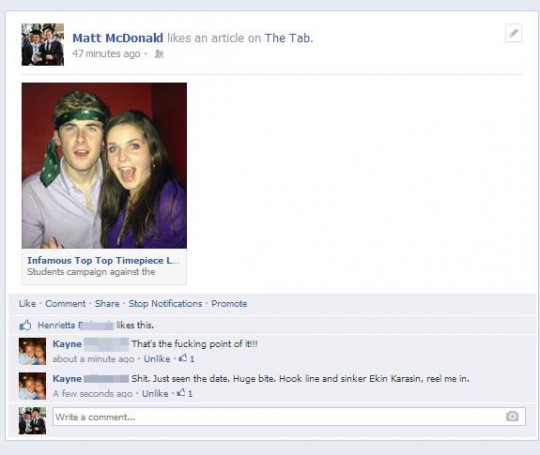 That moment of realisation 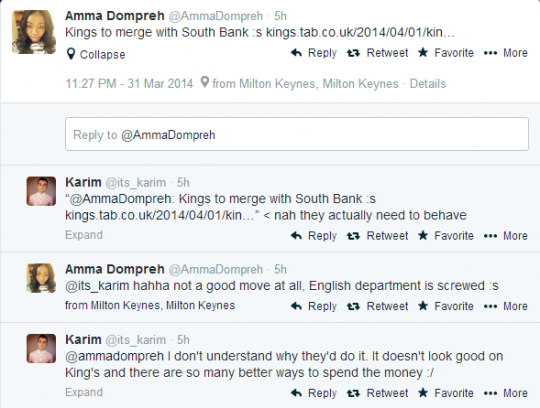 Briefly returning to Oxford, in a move that will change the face of crewdating in Oxford forever, Arzoo’s and Big Bang have reportedly unveiled plans for a 400-seater ‘crewdate hub’ at Oxford Castle. 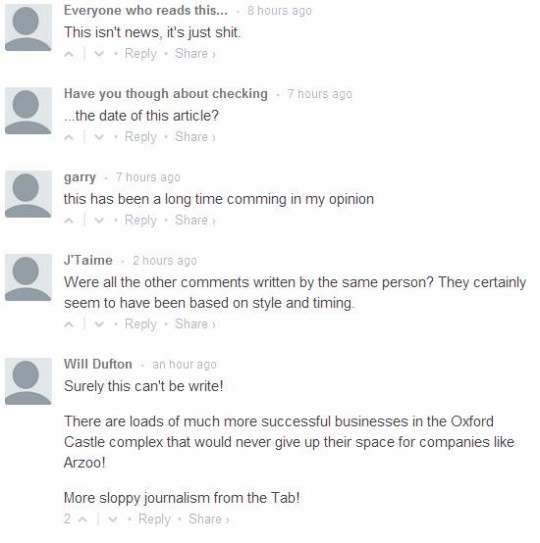 It’s the home of the Scousers so it’s only right they teach a degree in it. Liverpool’s poly, JMU, have decided to offer up a ‘Scouse Studies’ degree with modules on ‘Ancient Rivalries – tracing the two leading Liverpool football club’s history of conflict and glory’ and ‘scouse songs’. 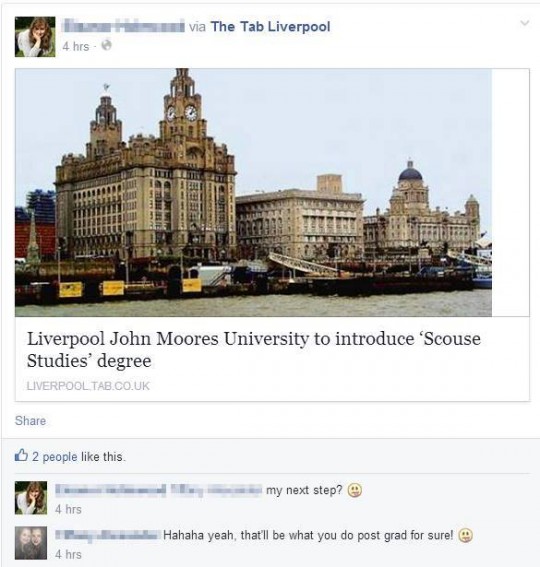 Let’s go for it girlies!

Across the seas in Belfast, reports suggested that the C.S. Lewis reading room was to be scrapped and renamed the ‘Christine Bleakley Speaking Room’. The praise couldn’t come in quick enough… 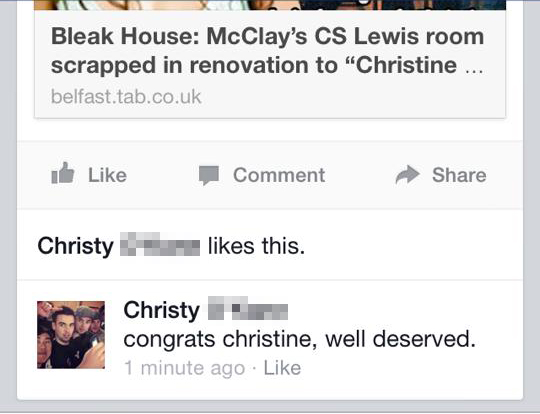 Students at Norwich responded to the claim that The Square would be renamed ‘The Oblong’.

Sussex reported that a student had forgotten her name after taking MDMA alternative, NaNa. Thanks to Rihanna for that one.

It’s almost like the penny was dropping in low gravity…

Imperial nailed April Fools when they listed their Rector’s house on Zoopla as a way to solve the critical student housing problem at the university. Five people applied to view the property. 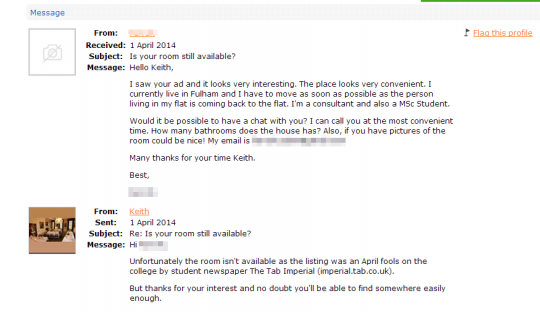 The Tab in Leeds told their readers that the university would be organising pre-exam screenings for drugs like Ritalin and Modafinil. Predictably over-reactions were everywhere.

Happy April Fools Day from everyone here at The Tab…