From traditional roast to “festive” takeaway, what kind of Crimbo meal was yours?

Christmas is coming and to celebrate you’ve all been dining in style, from the proper roast to some seriously inventive xmas nosh. But which type was yours?

A feast resembling all the delights of your mum’s Christmas dinner. We’re talking turkey and trimmings.

Requires a fair bit of organisation and a housemate with Nigella-esque cooking abilities to take on the role of head chef, but it’ll all be worth it for those sweet sweet roasties. Christmas jumper optional. 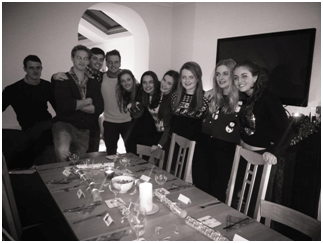 “Harry, get the silver service out would you?” Gravy by the gallon.

Not everybody champions the festive bird and it’s more than likely you’ll have to account for at least one fussy eater. Then of course there’s the token vegetarian to cater for.

The alternative Christmas dinner might involve swapping turkey for chicken, roast potatoes for mash, and you may even get a chance to see just what nut roast actually is. 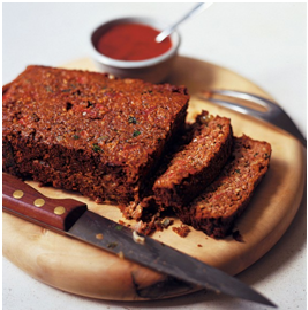 Ever the penny-pinchers, some students just  know how to do Christmas on a budget.

A trip to Lidl later and some DIY décor and they have Christmas all wrapped up in last year’s Poundland gift wrap. 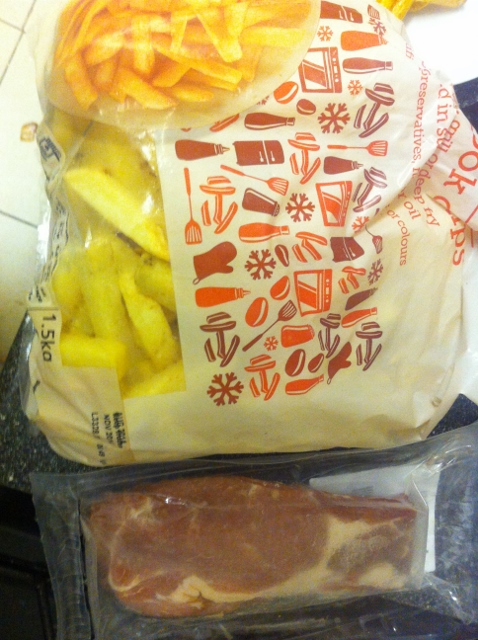 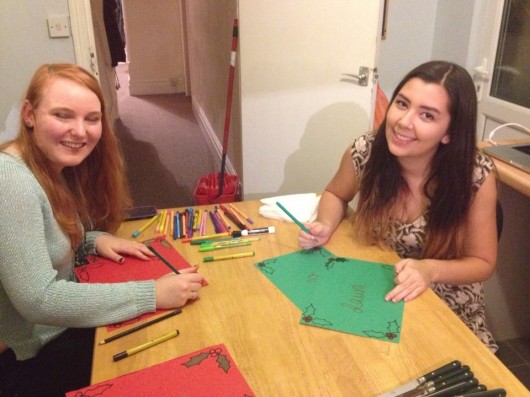 You flirted with the idea of cooking your own. You really did.

But it was all a bit too much faff: the idea of assigning chefs, and wrestling with brussel sprouts just didn’t jingle your bell. Chinese begins with the first two letters of Christmas anyway. 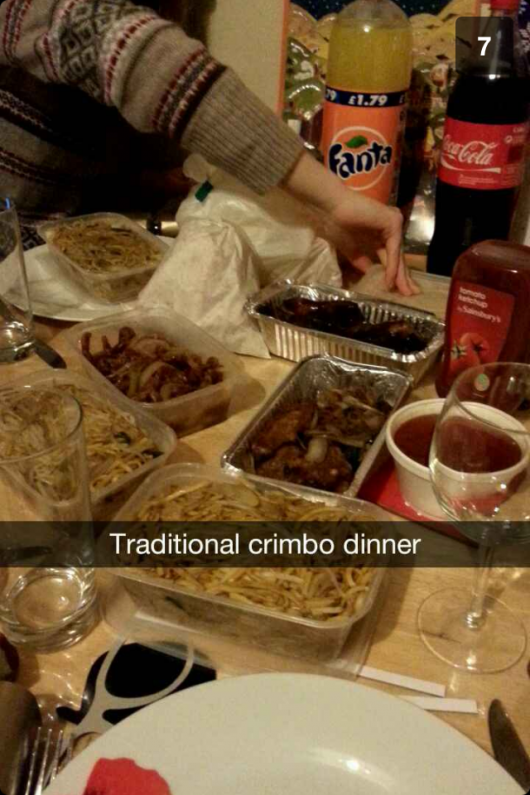 The option for the sophisticated Xmas-lover, not quite a complete cop-out, owing to the traditional roasts on the menu, but not as strenuous as doing it from scratch.

The carvery crimbo dinner is popular among those who want the Christmas waistline without the washing up. 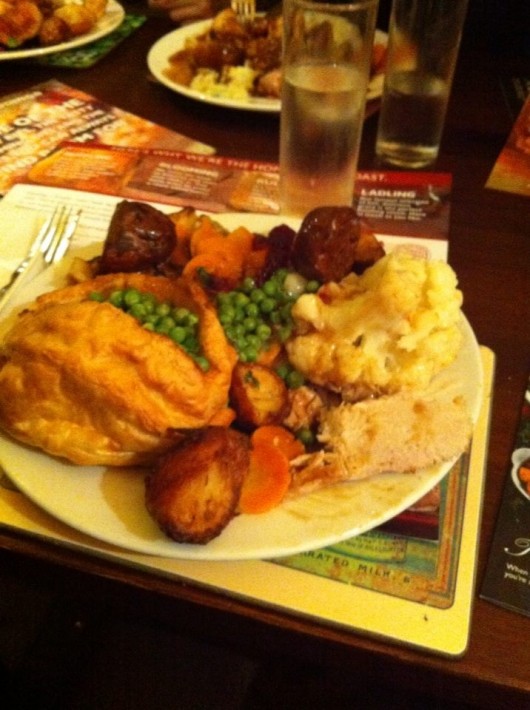 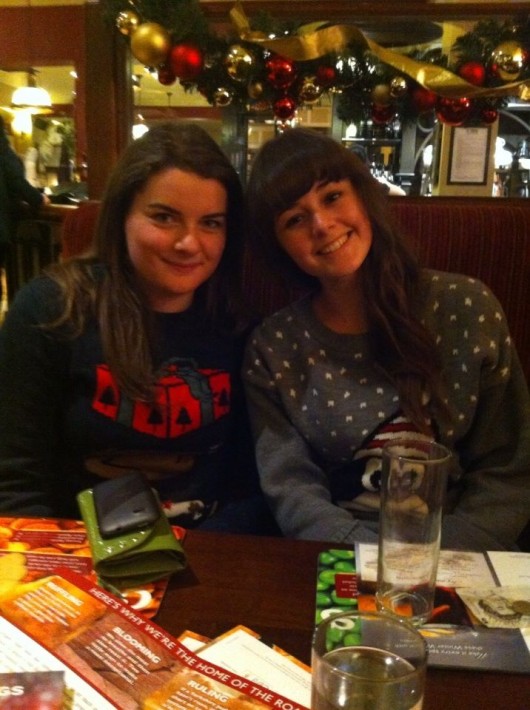 Christmas jumpers at the ready!

There’s always that one housemate who lives and breathes Christmas. You know, the one who can be spotted watching Elf in November, has a section of their wardrobe dedicated to all-singing, all dancing Christmas jumpers and counts down the ‘sleeps’ until the big day? Yep, them.

You better believe if they’re going to do Christmas, they’ll do it with bells on and tinsel and a dancing reindeer. 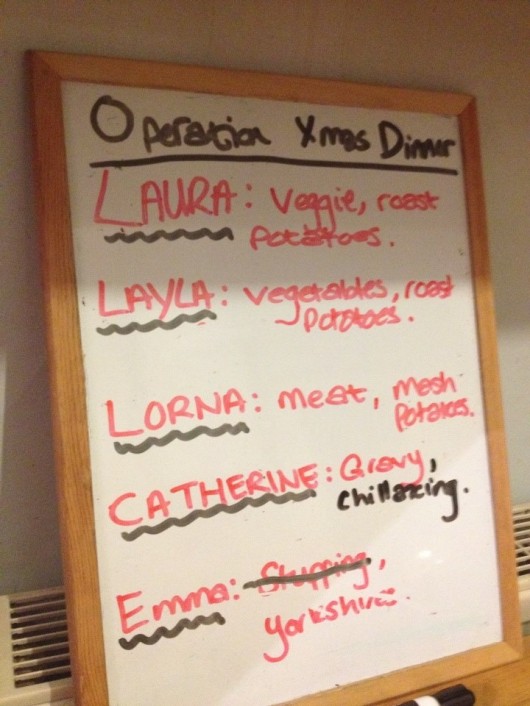 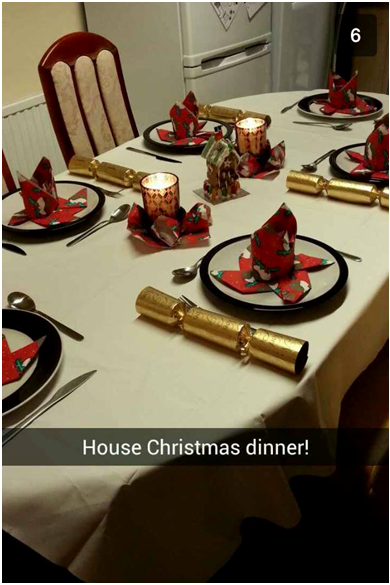 Dinner? What dinner? Everybody knows Christmas is a perfectly acceptable excuse to get incredibly drunk so why not do what students do best?

Sack off the cooking in favour of a festive hat, a LOT of mulled wine and potentially the most hilarious game of Pictionary to have ever been played. 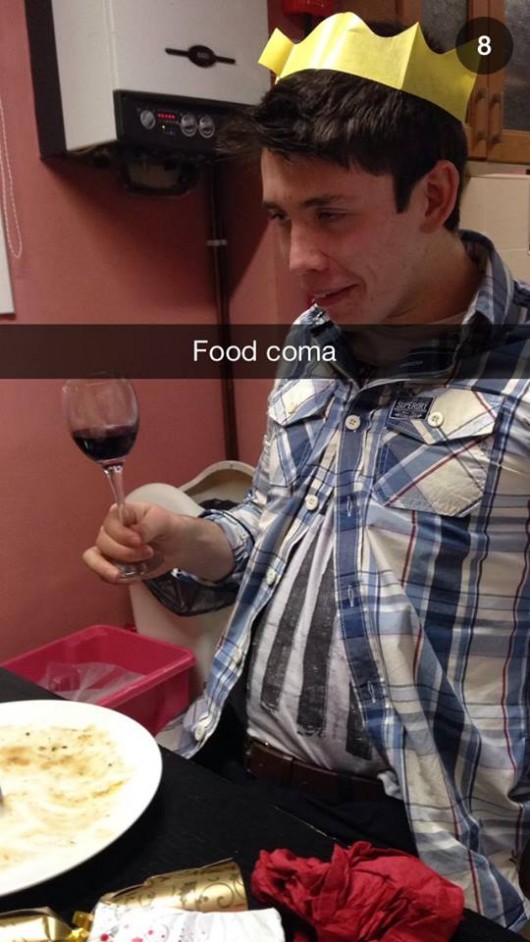