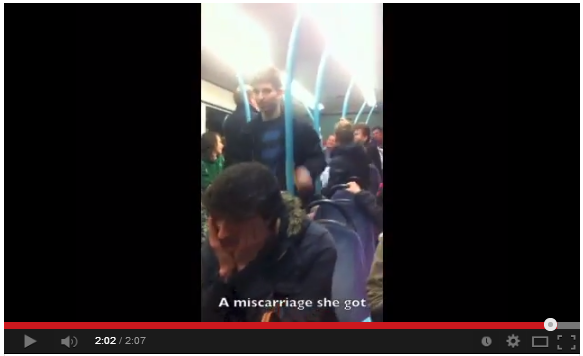 Scroll down for the full video

The Tab has unearthed groundbreaking footage of the common or garden Lad at their offensive worst.

Rarely captured on camera, the Lad is a common sighting on many uni campuses. 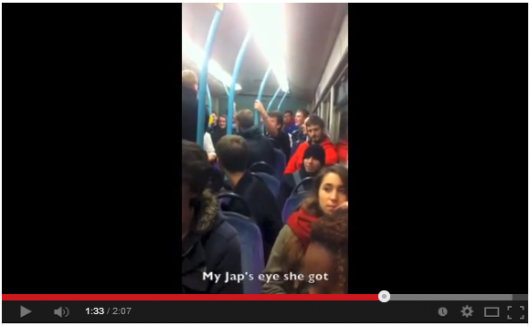 The students were filmed on a bus which is especially unusual as Lads are typically native to the SU bar, uni gym or nightclub.

The footage, uncovered by The Tab Stirling, depicts the crude creatures involved in a vile and bizarre misogynistic mating ritual that included members of the pack joking about miscarriages.

At one point the shameless Stirling students involved boo a chant because it got the ‘punchline’ wrong. 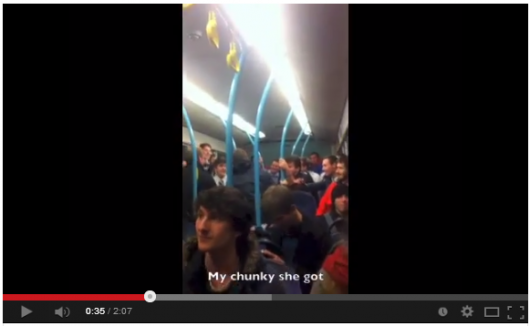 The chant brags about a woman who wants a KitKat. “Four fingers she got!” chant the team, but following boos this was ‘corrected’ to “my chunky she got!”

One of the most offensive verses talks about a women who wanted a “lady train” – and ended up with a miscarriage.

Other students on the bus look visibly unimpressed.

“This is quite scary,” commented one girl, who then joked that the Lads clearly weren’t mating enough. 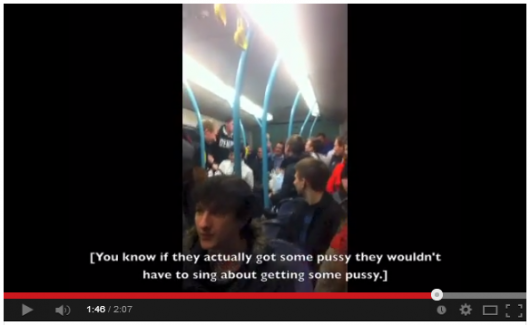 Stuart Mower, a fourth year on the bus, told The Tab Stirling: “They were sort of hazing the new freshers, they were pretty drunk and decided to do one of their chants obnoxiously loud basically so that everyone could hear it.”

The Lad, a throwback member of the Homo genus, has no natural predators in the wild although if lured onto the internet they are frequently harassed by a distantly related sub-species, the Feminist. 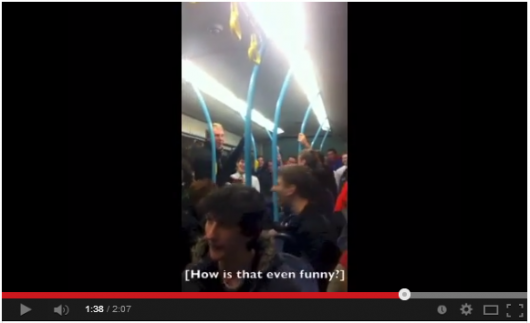 Many Facebook users flooded the social networking site with their outrage over the incident.

Student Hannah Roberts was “disgusted” and said: “No wonder so many guys grow up with warped perceptions of sexuality and consent with this kind of behaviour still in practice.”

Check out the original video here