Five French lads thought it would be clever to steal a llama, but only after they missed out on the zebra 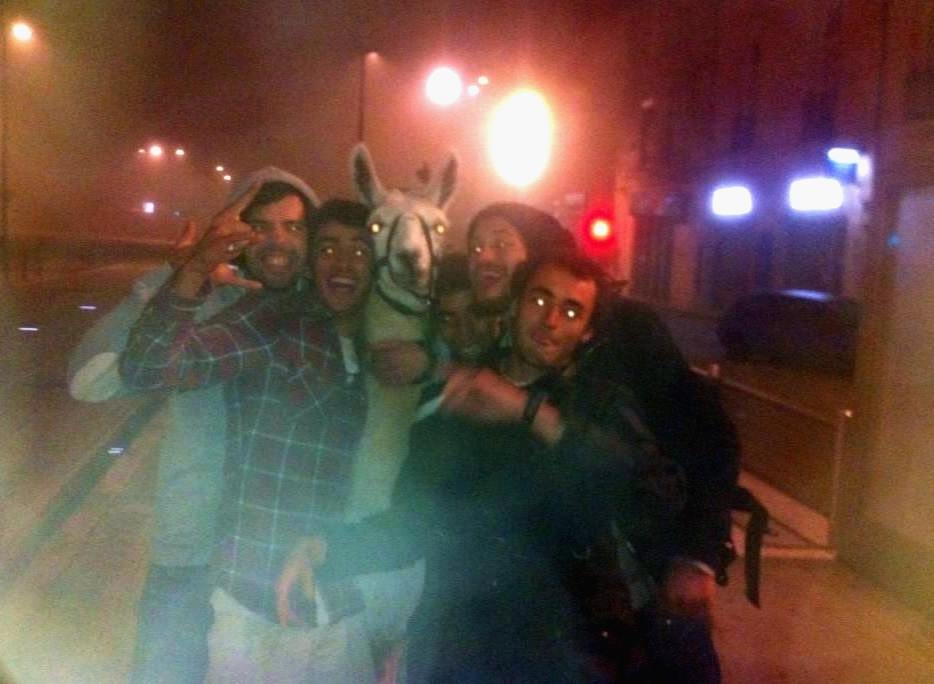 Alpaca my bad: lucky llama bags himself four guys to go home with

While a traffic cone is about the most exotic souvenir most British students will collect on a drunken night out, the French like to do things a little differently.

Or at least that’s how it seems, after four inebriated students from Bordeaux were caught on a tram with a stolen circus llama called Serge.

The students had left a nightclub in the early hours of Thursday morning when they managed to find themselves in the animal enclosure of the local circus.

They decided that they wanted to keep one of their new-found friends – although they originally had their hearts set on a zebra.

“We ended up taking a llama with us,” one of the students, named Mathieu, told BFM TV. “It walked with us like a good dog would.” 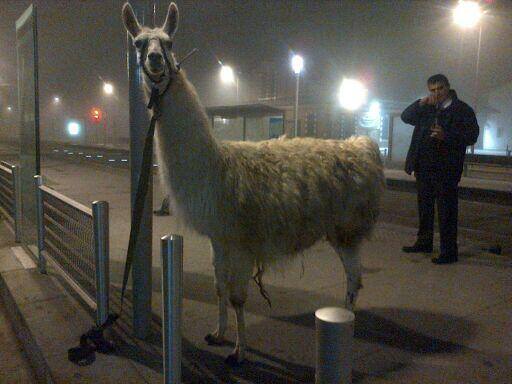 All tied up: Serge is abandoned by the French pranksters

However, not content with walking, the group decided to give Serge a tour of the city on the Bordeaux tram system, where passengers quickly reported the llama’s presence to a ticket inspector.

According to Mathieu, the inspector encouraged Serge to leave the tram, before tying him to a lamppost. Meanwhile, the gang made a swift exit.

The students were soon picked up by police, and told that they would be facing criminal charges. Circus director Jean Beatour told regional daily Sud Ouest: “The offence is too serious. A zebra nearly escaped and we had to run everywhere to catch it.”

However, with the advent of a Facebook page supporting the group which currently has over 700,000 likes, Beatour appears to have changed his mind – especially since Serge’s new fame has garnered his act plenty of extra publicity.

Beatour told TF1: “There have been] quite a few more people coming to see the circus show over the last few days, due to the incident. I have nothing against these lads.”

Serge is apparently doing well and, despite his ordeal, is back to performing as usual.

This year’s Islanders reveal their type on paper, icks, worst habits and fetishes

Quiz: Answer these 11 questions and we’ll tell you what type of Bristol boy you are