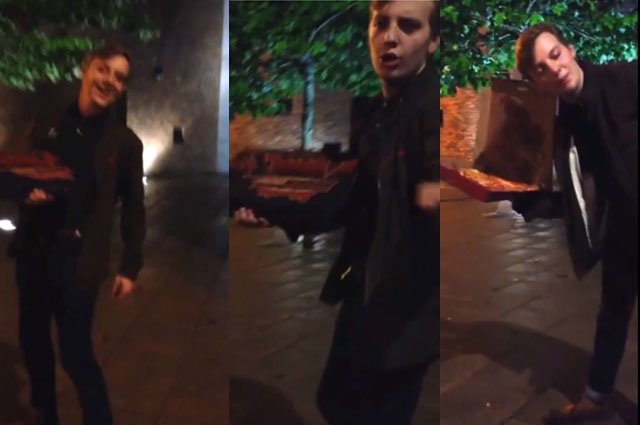 VIDEO: Watch this wasted student who’s too drunk to keep hold of his pizza

Is this the best food review ever? Smashed student takes on gravity in war for post night-out pizza.

A lovably sloshed student from York finds himself the star of an epic thriller packed with Hitchcockian suspense…as he fights to hold onto his post night-out snack.

Filmed by a passing cyclist, the walking advert for sobriety describes his ‘chicken kiev pizza’ before attempting to open the box…vertically.

After dropping the box, he shovels ‘za into his cake hole like he’s loading coal into a steam train.

Watch the video above to get a slice of the action.