A Clifford Chance trainee is facing a “formal disciplinary procedure” after appearing on the May 10th edition of Shark Tales, an online program produced by the Cherwell student newspaper. 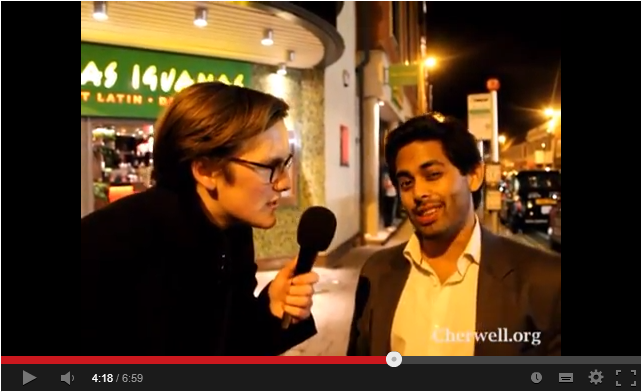 The show, which involves Oxford undergrad and regular host Toby Mather inducing revellers outside local nightclub Parkend into saying things they will regret, appears to have claimed its first victim.

The unidentified man originally described himself as a “city lad,” telling the camera he had achieved this status because “I love the ladness [sic] and I love the city so I’m basically the perfect city lad.” 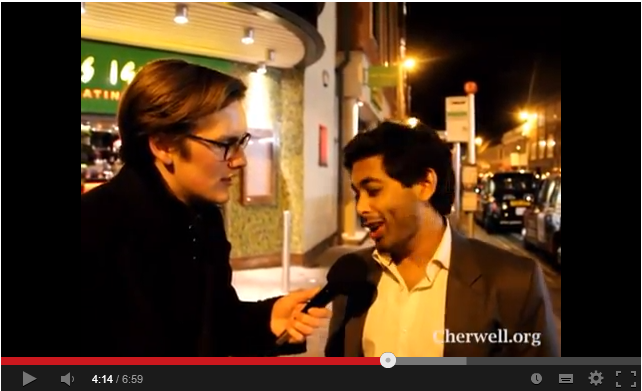 “Fucking people over for money”

When pressed on what this meant, he smugly announced: “It’s just basically fucking people over for money.”

Later on in the clip the camera returns to our city lad, who promises to “sue you [Cherwell] if this ends up on the internet.”

Unfortunately for him it has and Clifford Chance aren’t very happy about it. 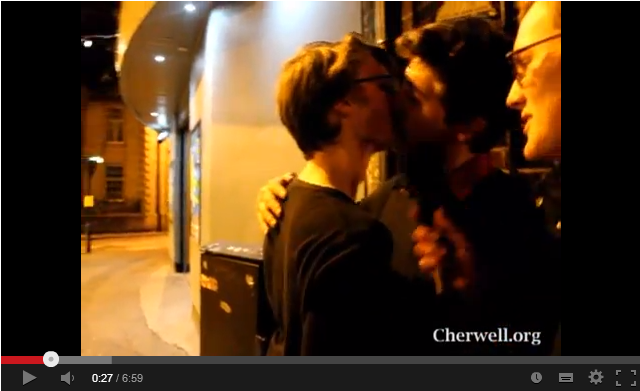 Drunken: Mather looks on as revellers make out

Host of the show Toby Mather told The Tab: “I do feel sorry for him to some extent, but people in jobs should be aware, even more than students, of the damage their actions can cause.”

The billion pound company said in a statement on Friday: “The comments made are inappropriate and they are at odds with our principles and the professional standards we espouse as a firm.

“One of our trainee lawyers is the subject of our formal disciplinary procedures which may result in termination of the training contract with the firm.”

Do you know the mystery dickhead? E-mail [email protected]

215 Manchester Uni freshers to withhold over £300,000 in halls rent strike