National Service to be debated in parliament

A bill sending all 18 to 26 year olds on national service will be debated in Parliament early next year.

The man to blame: Tory MP Philip Hollobone. He says conscription would instill a greater sense of “self-respect, personal reliance, discipline and behaviour” into the younger generation. 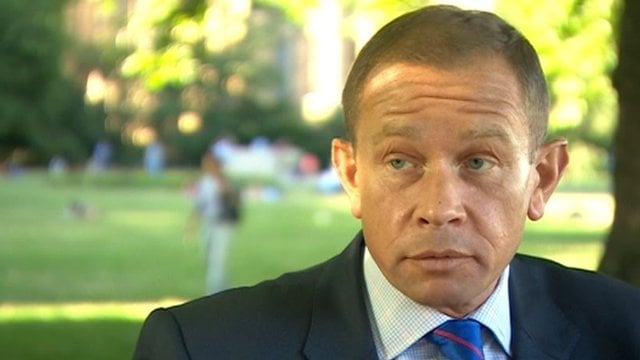 Conscription: Philip Hollobone wants you to join up

The year of hell could include charitable work, caring for the elderly, work linked to the NHS or participation in the armed forces.

Hollobone said: “I believe that the introduction of a modern form of national service would prove popular with the public and be of immense benefit to the young people who take part.”

It would include “instruction in personal financial budgeting, household bills, nutrition, cooking, time-keeping, life skills, tolerance towards others, treating elderly and disabled people with dignity and respect” and teaching in the bits of the law relating to the crimes that young people commit frequently.

Anyone who has severe mental or physical disabilities wouldn’t have to participate in this one-year scheme.

However if you don’t have a disability you need to have completed the scheme by the time you hit 26 or face prosecution.

A Change.org petition has been set up to stop the Bill progressing through Parliament by Falmouth activist Debbie Sayers.

She said: “It is unacceptable to force any person to engage in training that has mandatory residential elements, military training or actual service in the military without the ability to refuse.

“We do not want our children and grandchildren to fight and die in wars, or in training that they or we have no control over.”

But we might be in luck here, because the National Service Bill was due to be debated in Parliament last Friday, but was rescheduled to late February.

Thankfully private member bills rarely get anywhere in Parliament due to the lack of debating time that they are given, which Hollobone blames on “arcane procedures”.