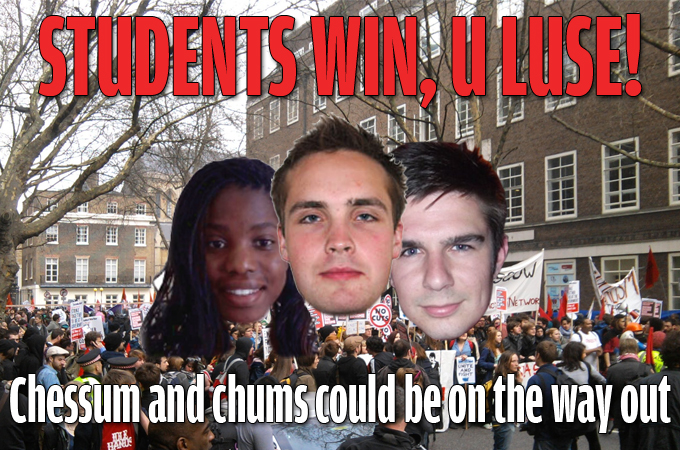 ULU could lose its student politicians but keep its social facilities. Do you care? Let’s have a vote!

Student politicians could be kicked out of the University of London Union under plans to reform the body.

Uni bigwigs will meet today to discuss a review which recommends “ULU in its current form ceases” from the summer of 2014. 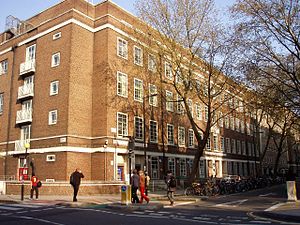 The plan suggests ULU keep its social facilities in its seven-floor building on Malet Street.

But the organisation would lose its role as a students’ union with elected officers.

Also scrapped would be ULU’s role as a political hub for University of London students.

In its place would be a “focused, well-supported pan-London operation, responsible for co-ordinated campaigning, lobbying and representation for London students on London issues”.

Unsurprisingly, ULU president Michael Chessum is unimpressed. He said: “”Any move to abolish ULU [is] totally illegitimate and hugely negative for students in London.”

“Universities and colleges need vibrant, democratic organisation and debate as part of their academic culture.

“If the university goes ahead with this on Friday, they will be saying far more about their own mortality as an institution than they are about us. And the battle won’t end there.”

The review says London students aren’t interested in ULU politics, focusing instead on their own uni-specific unions.

Students have been spectacularly apathetic towards ULU elections in recent years. Fewer than 2% of those eligible to vote did so in 2012. UCL students managed a pitiful 3.23% turnout.

The review of ULU was commissioned by University of London deputy vice-chancellor, Prof Paul Webley.

Prof Webley said: “We are confident that we can build a vibrant new student service centre that is both responsive to student demand and complements political life in their colleges.”

The report would still need final approval by the University of London’s board of trustees, which is due to meet later this month.