Man Utd and Man City send their congratulations to record-breakers from Manchester University.

Man Utd and Man City led the celebrations after Manchester sailed to victory in the University Challenge final.

Richard Gilbert and his teammates stormed ahead of UCL from the first question, finishing with a final score of 190-140.

A spokesman for Man United told The Tab: “Congratulations to the Manchester University team on winning the final of University Challenge. It’s great to celebrate another addition to the city’s winning tally”. 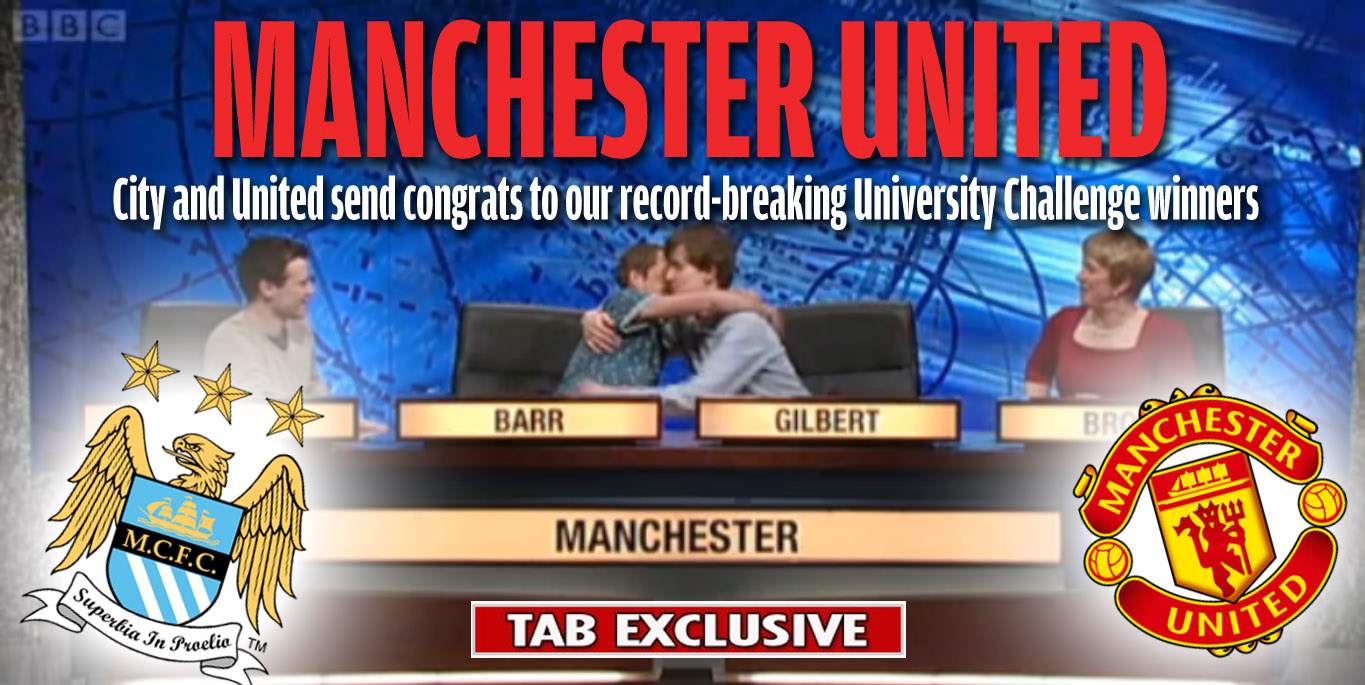 They were joined by bitter rivals Man City, who tweeted:

Manchester now has the honour of being the most successful University Challenge competitors ever, with four wins in eight years.

The Tab followed the action with a serious and scholarly live blog that followed the tense battle right to the end, when Astronomer Martin Rees presented the victors with a shiny stainless steel book for their efforts. 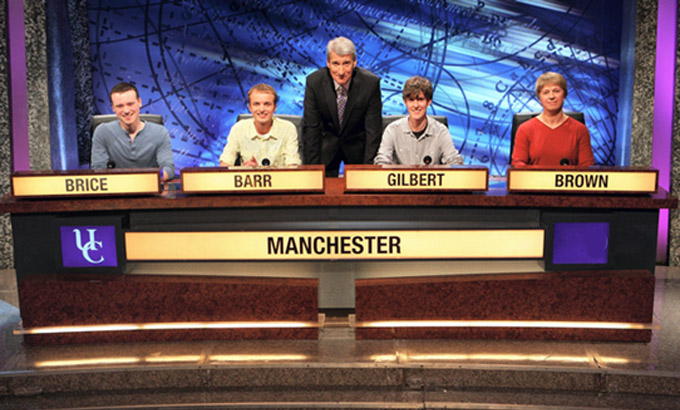 Highlights of the show included the tongue-twisting surnames of UCL competitors Adam Papaphilippopoulos and Tomasz Tyzczuk Smith (which some have argued gave the team an unfair time advantage), and Jeremy Paxman’s use of Urban Dictionary as an academic source.

Congratulations to David Brice, Adam Barr, Richard Gilbert and Debbie Brown from The Tab! May this be just the beginning of your quizzical journey.

Watch them win the title on BBC iPlayer.